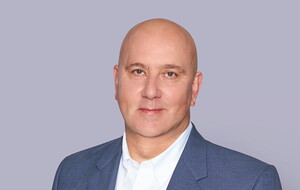 THE London-based fintech company behind plans to create 232 jobs in Northern Ireland has opened its new base at The Soloist Building, next to Belfast’s Waterfront Hall.

The Bank of London has already recruited 50 people for the new Belfast office in the recently refurbished ground floor of the building.

Launched last November by Anthony Watson, the fast-growing fintech disruptor has joined KPMG and Pinset Masons at the site.

A former chief information officer at both Nike and Barclays, Mr Watson has described Belfast as ‘the UK’s gateway city to the EU’.

The Bank of London is only the sixth principal clearing bank in the UK. Clearing is the process of settling transactions between banks.

Invest NI has confirmed it has offered financial support for 130 of the 232 jobs the fintech firm plans to create here by 2026.

The economic support agency indicated the jobs will attract an average wage of just under £34,000. Two-thirds of the roles will be in operations and compliance, with the remaining one-third tech related.

The Bank of London said recruitment in Belfast has ‘surged ahead of initial projections’ since announcing the move in June.

The company has now named its chief risk and compliance officer Stephen Bell as the new head of the Northern Ireland operation.

A well-known figure in the Irish banking world, Mr Bell has held senior executive roles at both Ulster Bank and AIB.

Speaking on Tuesday, Mr Bell said the fintech start-up has “a deep belief that exceptional and diverse talent will build the future of banking.”

He added: “Working together with Invest NI, we chose to locate The Bank of London’s first United Kingdom office outside of London here in Belfast.

“We know we will find that talent here to help us deliver innovation at the heart of financial services and create the borderless infrastructure of the future.

“Our experience to date has proved this to be the right decision and the speed at which we have been able to recruit across a range of skills and experience, not only in technology but in compliance and risk, is testament to our commitment to ongoing investment in Northern Ireland and the wider economy.”

The new offices were visited on Tuesday by Economy Minister Gordon Lyons.

The DUP MLA described the new Bank of London offices as “quite a coup” for Invest NI.

“There’s the saying that actions speak louder than words. We often talk of how much Northern Ireland has to offer as an investment location but securing one-of-a-kind projects like this prove it.”

“Its disruptor approach will bring new innovation to our fintech sector, providing new opportunities across a diverse range of roles in financial services which will help retain talent here and attract others to return to Northern Ireland,” he said.