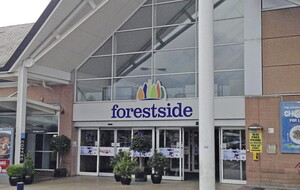 Kildare Partners bought Foyleside and Forestside for around £135m in late 2014.

ALMOST £60 million has been wiped from the value of the Foyleside and Forestside shopping centres in four years.

But accounts filed with Companies House in recent days show the combined valuation of both centres fell to just £101.5m by the end of 2021.

The latest set of accounts for Foyleside Acquisitions show its turnover fell 30 per cent last year to just £2.9m, largely due to a substantial fall in rental income during the pandemic.

Forestside generated £3.3m in turnover last year, over £1m less than 2019, again reflecting the fall in rental income, which was down by a quarter on pre-pandemic levels.

But the continued annual devaluation of both assets has resulted in both companies reporting annual losses in recent years.

The same reports show the companies had bank loans totalling £49m last year. The loans were originally due to be repaid in February 2018, but both entities have extended the loans multiple times, with February 2024 the new deadline.