Jenny Lee puts performers and artists on the spot about what really matters to them. This week, Belfast actor Gavin Peden, who is starring as Aladdin in this Christmas's Waterfront Hall pantomime 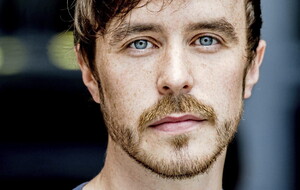 I knew from a really young age that I loved acting and wanted to pursue this creative career path. I have my teachers, namely Alison Murphy and Oonagh Donnelly, to thank for nurturing my acting talent and my parents always encouraged me to work hard, live the dream and not conform to a 'normal' career. I studied Performing Arts at Belfast Met and then I was cast in Re-Energize, written by well-known local playwright Gary Mitchell. Actress Jo Donnelly took me under her wing and along with other actors, nicknamed me 'The Sponge' as I watched, learned and asked so many questions from established actors. It wasn't long until I was cast in my first serious role - 1932: The People of Gallagher Street, which was a collaboration between Gary Mitchell and Martin Lynch. Later that year, six years ago now, I did my first panto. The rest is history.

Green Day at The Odyssey in 2009. I secured my front row position and bass player Mike Dirnt gave me his plectrum. The next day I started to teach myself the guitar.

Hozier in the Ulster Hall four years ago was another unforgettable experience and made me realise that a performer can create an intimate gig even in a massive space.

Eva Cassidy for the drinks reception and Freddie Mercury for the main party.

Pink Floyd's The Dark Side of the Moon. Couldn't think of a more beautiful, atmospheric album to listen to whilst staring at the stars and listening to the waves.

Letters to A Young Poet by Rainer Maria Rilke. These letters from an old poet to an aspiring one teaches you how to live a creative life to the full. My brother Ronan got me a copy for my 18th birthday.

Memento, Mr Nobody and Inception – a perfectly crafted film, written over 10 years.

Meet The Spartans is perfectly awful. So bad it's good. There was a half-decade 2005-10 where a new parody montage film came out every year. However, if you've a couple of kilograms of popcorn to get through they are perfect.

9. Sport you most enjoy?

When I was really young I used to play a bit of golf, but until recently I hadn't played at all. I'm dusting off the golf clubs and getting out in the fresh air again. As a kid I was in Scouts so got to do a lot of abseiling, archery and sailing, but it's been a while.

Noisy eaters and people who are late. In film and theatre there's a well-known saying, "Early is on time, on time is late and late is unacceptable", and I try to live by that in my acting career.

Dinner? Anything with chorizo. The trick when cooking chorizo is to sweat it.

Dessert? My mum's sticky toffee pudding. I have a fond memory of a tin of condensed milk exploding on our kitchen ceiling. Hilarious.

Drink? Fireball whiskey on the rocks.

Robert Topping. I've known him for over 20 years and although he lives in London and we don't see each other too often it's always easy to pick up where we left off.