With the ambitious Ulysses European Odyssey project now underway, David Roy catches up with where this epic pan-European tribute to James Joyce's 1922 classic has been and where it's going next... 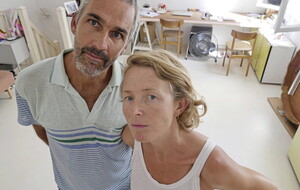 THE largest and longest artistic event celebrating James Joyce's Ulysses as one of the great European novels in now underway.

Inspired by Joyce's controversial masterpiece, which was directly inspired by Homer's Odyssey, Ulysses European Odyssey (UEO) is an ambitious civic and cultural project uniting 18 cities in 16 partner countries across Europe which will climax in Ireland in June 2024.

The project is shaped into three Acts, one per year between 2022 and 2024, and 18 'scenes'. Events will unfold in each partner city in the chronological order of the day depicted within the novel. Inspired by Joyce's belief in public space as a civilising influence, there is a focus on each event engaging with a public space.

Each city will create artistic and symposia events responding to contemporary social themes identified in each episode of the book. Issues being explored include migration, democracy, mental health, environmental pollution, our sacred sea, gender freedom, co-existence, urban renewal, citizenship, neighbourhoods and freedom of speech, among others.

UEO launched in Athens at the end of September with Sing To Us O Muse, a performance by Hothouse Flowers singer Liam Ó Maonlaí and Greek folk singer Chrysoula Kechagioglou, and an interactive workshop titled Seawards with the Syrian and Greek Youth Forum.

Events continued in Budapest on September 29 with Calypso, the first arts and society symposium workshop on the role of neighbourhood communities in a post-Coivd Europe, and in Marseille October 1 with the primary public artistic event for UEO Act I, We All Fall / Récit, a multi-disciplinary participatory performance on the theme of immigration created by artists Gethan Dick and Myles Quin.

The project's 2022 events continue on November 4 in Trieste with a symposium exploring the Weight of History, before concluding in Athens in late November with a sound installation, film screening and concert.

The cycle of 18 arts and society symposia being held in the partner cities will produce 309 questions (referencing Ulysses, Episode 17) towards creating a new manifesto for the future of arts and society in Europe. The project also has 30 artist residencies which will contribute to the creation of a new book, Europe-Ulysses, alongside 18 new writing commissions, one writer from each city.

Specially resourced with a significant €1.72m grant from the European Commission's Creative Europe fund, the overall €3m project is jointly led by Seán Doran and Liam Browne of Arts Over Borders in Ireland as lead artistic partners, along with Claudia Woolgar of Stitching Brave New World Producties in the Netherlands as lead partner.

In awarding its application grant to the 18 city partners, Creative Europe wrote: "The need to rediscover Joyce's Ulysses as a European masterpiece with a powerful contemporary message is especially well outlined. The project excellently addresses the cross-cutting issues of social inclusion, diversity and gender equality through the series of the actions primarily dedicated to these topics."

Commenting on the launch of the two-year project which has been almost three years in the making, Seán Doran and Liam Browne said: "James Joyce considered the city as the true repository of a civilisation.

"We hope that Ulysses European Odyssey's creative journey over the next two years will zigzag – as did Homer's Odysseus and Joyce's Leopold Bloom – into a wider Europe of shared debate and performances that will shine a light on human complexity, develop new international partnerships, offer cross-border solutions and stimulate new active citizenship between the arts and society."

:: Full information on each UEO city with its project dates and programme can be found at ulysseseurope.eu.

Propaganda at the Lyric Theatre Belfast 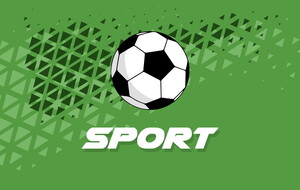