The Happy Days Enniskillen International Beckett Festival marks its 10th anniversary this year. David Roy takes a look at what's on offer from the 2022 celebrations of Samuel Beckett's life and work, which get underway later this month...

THE Happy Days Enniskillen International Beckett Festival returns next month for a plethora of Samuel Beckett-inspired performances, the first time the annual event has been staged since 2019 due to Covid.

Happy Days 2022 will see the welcome return of three 'Made in Fermanagh' productions of Beckett's plays that have become classics in its repertory; Ohio Impromptu (July 22 to 24), Waiting for Waiting for Godot (July 24 and 25) and Inferno – Not I (July 21 to 23) along with several newly commissioned live performance, sound and film installations.

Taking place on the 9th century monastic Devenish Island and directed by Line of Duty star Adrian Dunbar, Ohio Impromptu will be presented at the festival for a record fifth time due to popular demand. The limited audience (a maximum of 48 patrons) will be transported by boat at sunset to Devenish Island for an intimate 12-minute play with two actors, Vincent Higgens and Lalor Roddy.

Festival goers will also once again have the opportunity to experience Dante and Beckett's hauntingly moving Inferno – Not I featuring Clara Simpson, a cast of 33 readers and opera mezzo soprano Ruby Philogene in the Marble Arch Caves.

Other festival highlights include a newly commissioned piece of work never before seen in Ireland. Beckett in Folkestone tells the imagined stories of three people who may have encountered the Irish writer in Folkestone in 1960 when he travelled there in secret to marry his long-time partner.

In a series of three monologues written by Eimear McBride, Helen Oyeyemi and Rupert Thomson, delivered at three venues around the town, we hear from the receptionist, the journalist and the wedding witness acted on screen by Dame Harriet Walter, Russell Tovey and Jade Anouka.

The Festival will feature a world premiere of Robert Wilson: Self Video Portrait on Samuel Beckett's Krapp's Last Tape, in which the renowned theatre director and artist makes himself the latest subject in his unique Video Portraits project.

Robert Wilson brought his production of Krapp's Last Tape to Enniskillen in 2012 to headline the inaugural Beckett Festival as part of the UK Cultural Olympiad celebrations. His new Video Portrait features the dream scene on the Upper Lake with himself as the actor Krapp from his production of Krapp's Last Tape. It's the latest of Wilson's Video Portraits series which has previously featured stars including Lady Gaga, Brad Pitt, Johnny Depp, Isabella Rossellini and Winona Ryder.

Speaking ahead of the event festival founder and artistic director Seán Doran said: "After a three-year enforced silence by Covid, we are delighted to be bringing back to Enniskillen its unique and only international festival, Happy Days. It is a truly special festival, attracting not only international names and faces to perform but also attracting audiences from across the globe.

"We are particularly thrilled to be remounting for our 10th Anniversary three Made in Fermanagh classics of the last 10 years: Walking for Waiting for Godot, Ohio Impromptu and Inferno – Not I.

"These bespoke productions define this destination festival from other summer festivals. Not only are they are site specific to Fermanagh, using the beautiful Fermanagh landscapes to heighten the experience of Beckett's plays, they involve experiential travelling to the event by audiences whether it is on foot for Waiting For Godot, by boat for Ohio Impromptu and Inferno – Not I is truly unique.

"World renowned New York artist Robert Wilson is recognised as one of the greatest theatre and opera directors of our time and it is a coup for the festival that he has gifted to Ireland the world premiere of his Self Video Portrait inspired by his Krapp's Last Tape production."

In addition, there will be a reading of Beckett's short prose by acclaimed screen actor Toby Jones (Detectorists, Tinker Tailor Soldier Spy).

This year's Happy Days Festival is especially significant as it marks the inter-related centenary anniversaries of the publication of TS Eliot's The Waste Land and James Joyce's Ulysses in 1922. Eliot published works by Beckett while editor at The Criterion, so it is fitting that The Waste Land is celebrated through two new presentations in Enniskillen; Ear to Ear (July 21 to 25), a sound installation by Pierre-Yves Macé and a filmed reading of The Waste Land with actors Dame Harriet Walter, Imogen Stubbs, Jade Anouka, Rory Kinnear and Colin Salmon.

:: For more information and the full programme of events see artsoverborders.com. Booking now open at Ardhowen Theatre via ardhowen.com with most tickets from £5 to £15. 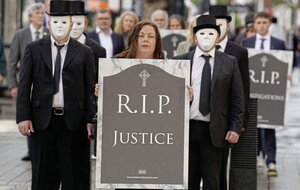 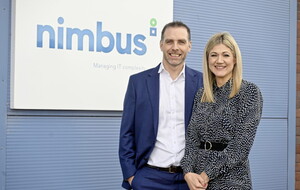