As her new Altered Images albums is released, Clare Grogan talks to Richard Purden about her deep Irish roots, performing in Belfast, chasing down her memorable role in Father Ted and why she waited 35 years to watch Gregory's Girl, the role that made her a household name 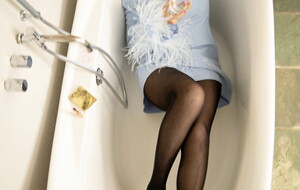 A number of Clare Grogan's most treasured possessions are currently on display at Don't You Forget About Me, a Scottish music exhibition at the British Music Experience in Liverpool.

Among those gems are the singer's original script from Gregory's Girl released in 1981 and early stage clothes from Altered Images.

"I had no idea, it was after my mum had passed away and we were doing the big clear-out I found she kept all this stuff," she says.

Grogan is emotional as we chat on Zoom about the discovery. "It was a box of absolute treasures and I thought, 'Oh mum'... it was great. My mum had three daughters and treated us all the same, I never got any sense of favouritism - it was that grounding thing, people in Glasgow keep you grounded in this crazy world of showbiz," she tells me.

"I had no sense of how proud my parents were and that they had kept this stuff. There were all these random postcards from when I was on tour in the States, they had every newspaper clipping and a suitcase full of my old clothes. I never imagined they would keep these things. I didn't have a big attachment to them but now I do and I'm so glad they did."

It's almost 40 years since Grogan released an album as Altered Images, the post-punk and new-wave-inspired band were responsible for a number of pop hits including Happy Birthday, I Could Be Happy and Don't Talk To Me About Love which she performed in Belfast back in May.

"We played the Cathedral Quarter Arts Festival and had a terrific time, it was great and I'm sure there will be more dates soon," says Grogan.

She described the current band as "a wee cooperative of people that I work with". Her latest long-player Mascara Streakz, release today, evokes the jingle-jangle guitar and electronic pop essence of her early work with an impressive array of musicians.

Among them is her London neighbour and former Suede guitarist Bernard Butler who has co-written the recent single Glitter Ball. "Bernard is my neighbour and we would see him at the local supermarket and local pub," explains Grogan: "I said to him, 'Let's write a song'."

She admits there was "no grand plan" with songwriting returning naturally with her husband, record producer and restaurant owner Stephen Lironi who previously enjoyed a stint as drummer in Altered Images.

When the pandemic hit, a first song soon turned into an album. "I set out to write again, it was a moment to pause. I have this loyal fan base and felt the best way of thanking people was to write some new music and I wrote this song with Stephen, The Colour of My Dreams."

While this is the first Altered Images album since 1983's Bite, Grogan has been performing under the name for 20 years.

"I was asked to do a tour with Kim Wilde and The Human League," she says.

"Originally I couldn't see myself doing this in my forties but Phil Oakey and Kim Wilde are like family and it kind of grew from there."

Mascara Streakz has been a far more familiar assembly which has found Grogan inviting some of her oldest friends to the sessions including original Altered Images bass player Johnny McElhone (Texas) along with Bobby Bluebell (Robert Hodgens of The Bluebells). "All we do is talk about Celtic," she says of the Glasgow musicians.

"We just have such a laugh, we are hopeless together. I wrote a song about Celtic (Her Hooped Dream) and this was before the ladies' team. I was invited to sing it on the pitch which was hilarious and terrifying at the same time. It's just part of who I am, there are two ways of looking at it but it's always been a positive thing in my life."

Grogan began life at Hill Street in Glasgow where Celtic was already a way of life.

"My aunts and my uncle went over to Lisbon, I remember looking for my aunts on the television. I was very young, Celtic winning the European Cup was like watching the first man on the moon, there's that grain of memory for me trying to spot my aunties and uncle in the crowd. My uncle Robert drove to Portugal and flew back but totally forgot about his car."

The daughter of a Dublin-born mother, Grogan's Irish roots have been held close.

"My mum was so proud of her Irish identity, this sense of loving where you come from is not something everyone has," she says.

"It's a big part of me too, I'd spend a lot of summer holidays with cousins in Dublin. I used to joke that wherever I am in the world there will always be a party on my birthday."

Born in 1962, Grogan celebrated her 60th birthday earlier this year on St Patrick's Day. It was that background that led her to chase down a memorable role in one Father Ted episode (Rock a Hula Ted) as Niamh Connolly.

"I saw the first series and it spoke to me - that was my childhood with all those eccentric priests coming to the house. There was something just glorious about it," she says.

"I heard they wanted someone to play a rock star on Craggy Island that was based on Sinéad O' Connor and thought: 'I have to get this job'.

"Seemingly when Sinéad saw it she said: 'I don't know why they just didn't ask me?' I'm so glad they didn't. I'm just pi**ed off I didn't get to do Derry Girls."

It was of course another high school story that helped make Grogan's name when it was released back in 1981. Gregory's Girl directed by Bill Forsyth was her screen breakthrough, what she describes as the "double-whammy" along with Altered Images' early success.

She admits to not watching the film for 35 years; it was only when an opportunity presented itself to view it with her daughter and co-stars that she finally saw herself on the big screen.

"I hadn't seen the film in its entirety until a screening that the BFI did in London. They approached John Gordon Sinclair, Dee Hepburn and myself about doing a Q&A," says Grogan.

"I feel attached to Gregory's Girl for all sorts of reasons, it's a gift to have it in my life but I'd never watched it. My daughter was on the cusp of that age of finding it funny and getting it. It was probably my last chance to see it on a big screen with lots of people laughing their heads off, I realised that people really relate to this film."

:: Mascara Streakz from Altered Images is out today.