Ulster keep pressure up on Leinster with win over Zebre Parma

Ulster kept the pressure up on URC leaders Leinster with a convincing win over Zebre Parma at a packed out Kingspan Stadium.

It was far from a perfect performance from Dan McFarland’s side, but after being out of action for the last three weeks, the head coach will be happy going into next week’s top of the table clash in Dublin on a winning note.

Ulster started on the front foot and their early dominance was rewarded with two tries inside the opening ten minutes.

Hooker Tom Stewart opened the scoring in the fifth minute, breaking away from a maul to touchdown in the left corner.

Four minutes later, flanker Matty Rea was on hand to finish off a neat move that also saw James Hume and Nathan Doak involved. Their breaks allowed Rea to surge over and finish under the posts.

Doak’s conversion gave Ulster a deserving 12-0 lead, but instead of building on their electrifying start, Ulster took their eye off the ball and allowed the visitors back into the contest.

Ulster’s sloppy play not only brought with it a series of penalties for the Italians, but also a yellow card for Sam Carter, and the URC’s bottom side took full advantage.

Two minutes after Carter’s dismissal, full back Lorenzo Pani scored a wonderful try off a first phase ball and the gap was down to four.

It was Zebre who were playing all the rugby but in the remaining minutes of the half, Ulster made them pay for not making the most of their chances.

Callum Reid crawled his way over the line in the 37th minute and with the last play of the half fullback Stewart Moore crossed for Ulster’s fourth try of the half.

It helped Ulster to a commanding half-time lead of 18 points at 26-8, a scoreline which didn’t reflect the balance of play in the opening half.

In an uneventful second half, Ulster added two tries to their tally.

Hooker Stewart went over for the second time in the game in the 53rd minute.

Again, this effort came off the back of another Ulster maul from a lineout. However, Doak, who was returning from ten minutes in the sin bin, was off target with the conversion.

A similar move in the 66th minute brought try number six. This one being claimed by replacement hooker John Andrew.

The last word, however, in what was overall a scrappy affair was left to Zebre’s Erich Cronjé who’s outstretched arm earned the Italian’s their second try of the night. 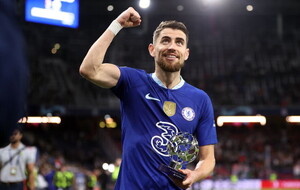