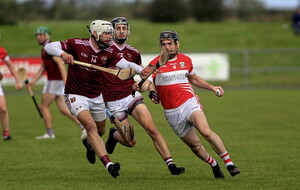 Pre-final interviews can be tricky affairs for players and management – although perhaps not as tricky as they’re made out to be – nevertheless Campbell chatted about their upcoming meeting with Dunloy at Corrigan Park.

What can a player do in those circumstances other than to praise the opposition to the high heavens and downplay their own team’s chances of success.

Former Derry and Cargin manager Damian Cassidy once termed it “buttering up the opposition” – remind them of their perceived greatness, soften them up in other words.

But, when Campbell was asked about Dunloy’s attacking riches, there was no sense of coyness in his answer – as he's county team-mates with some of them and knows how good they actually are.

The caveat, of course, is Cushendall will have a plan to try and negate the significant threats of Keelan Molloy, Conal Cunning, Nigel Elliott and Seaan Elliott. They’re too savvy of a team not to.

Whether the plan works is another matter.

Indeed, the last time a plan worked to curtail Dunloy’s lauded forwards in the Antrim championship was a 2018 county semi-final against Loughgiel Shamrocks.

Brian McFall might have aimed a few stinging broadsides at his St John’s players for “giving up” in their semi-final with Dunloy a fortnight ago – but for all of St John’s failings on the day, the movement, pace and accuracy of the Cuchullain’s forwards were sensational.

But if Cushendall’s mindset is simply going to Corrigan Park to try and stop Dunloy’s attackers, how do they actually win the game themselves?

How do they put enough on the scoreboard, especially for a team that relies so heavily on Neil McManus for the bulk of their scores?

Dunloy will be thinking if they can stop McManus they are already halfway – or even three-quarters of the way – to retaining the Volunteer Cup.

It looks and feels like a predictable scenario for Dunloy.

So, for Cushendall to stand a chance of upsetting the odds at Corrigan Park tomorrow, tactically speaking, they need to carry an incendiary device of some kind to unnerve the champions, especially from an attacking point of view.

Cushendall need to give Dunloy more than one headache than Neil McManus.

Alex Delargy and Ryan McCambridge have formed a steady midfield partnership for Cushendall this year.

But, at different times in his career, Delargy has proven adept at grabbing important goals when moved into attack.

Delargy could be the pick pocket Dunloy aren't expecting.

McManus is the only noteworthy ball winner in the Cushendall attack.

Move McCambridge up alongside him and Cushendall have two ball winners.

And how does the Cushendall management team squeeze the best out of Christy McNaughton?

He scored 1-15 to see off St John’s in a group game and came off the bench in their semi-final win over Loughgiel Shamrocks to hit 1-2.

So Cushendall aren’t without options. It doesn’t have to be Neil McManus or nothing as has been the case in this year’s championship.

There is already a template out there to beat Dunloy.

Slaughtneil have been their nemesis on the provincial stage. They Derry champions are brilliant hurlers and shed the 'footballers-with-sticks' label some time ago. But what was elemental in how they tamed Gregory O'Kane's side was not giving their key attackers room to breathe.

They remained in Dunloy's faces in Owenbeg, Newry and Armagh for the entirety and won every time.

Cushendall mightn't possess Slaughtneil's defensive athleticism - but they must try to replicate the Derrymen's approach to win their first championship in five years.

It’s a big ask. While the spotlight always falls on the likes of Molloy, Cunning and Nigel Elliott for their scoring prowess, Dunloy have some brilliant game-managers too when turbulence threatens to strike, especially in the form of midfielder Paul ‘Shorty’ Shiels and centre-back Kevin Molloy.

it must be said, out of all the pretenders to their crown, Dunloy respect Cushendall more than any other opponent. They know the Ruairi Ogs are mentally resilient and defensively tough.

But it's still easier to make the case for Dunloy winning four-in-a-row.

It looks more likely the Volunteer Cup will remain in the Sierra Maestra of Dunloy this evening. 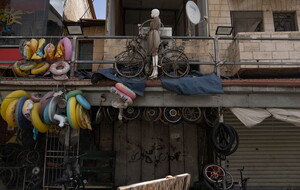