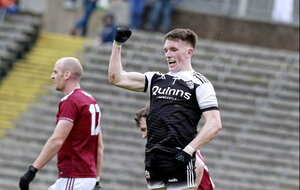 WHO is your money on here? Only Enniskillen diehards will argue against the obvious choice and, no doubt after watching their team win a first Fermanagh title in 16 years and then show nerves of steel to dump out Cavan’s Gowna at the Ulster quarter-final stage, they could make a convincing case.

In a two-horse race there’s always the possibility of an upset but there’s no getting away from the fact that the Erne county representatives have it all to do against the reigning Ulster and All-Ireland champions this evening.

They may have sailed close to the wind at times in their own county, but Kilcoo come to life when Ulster football begins and they haven’t lost a championship match since the All-Ireland final of 2019.

The issue for the Gaels’ management is: How do they go about bringing the Magpies’ winning streak to an end?

Derrygonnelly Harps, their predecessors as Fermanagh champions, made it all the way to the Ulster final last year but froze when they faced Kilcoo in the decider. The underdogs took the lead but then opted to try to match the Kilcoo set-up and that completely backfired.

Derrygonnelly withdrew behind the ball and tried to beat Kilcoo at their own game but the Down champions were too canny. They wore them down, then ruthlessly picked them apart and there were six in it at half-time and 16 at the final whistle.

The Magpies’ gameplan is so simple, so effective and so hard to beat. Everybody works like demons to win the ball when they don’t have it and almost everybody is capable of getting scores when they do. We hear stories of the dedication to training and preparation in the Kilcoo camp and those hours of practice are so obvious in games.

The Kilcoo movement is clever and quick and their passing is so precise that they are able to conjure up match-winning goals from nowhere. Kilcoo will push and probe down the centre and, when Enniskillen move to plug that gap as they will have to, they will leave space on the wings and the Magpies have shown again and again that they can exploit that too.

Monaghan champions Ballybay went into the Ulster quarter-final against Kilcoo having pulled the teeth of a Crossmaglen side that had played superb football to win the Armagh title. Ballybay were too savvy for Cross and beat them convincingly but that may actually have counted against them because it alerted Kilcoo to their threat and shook them out of the sluggish malaise that had dogged them throughout the Down Championship.

After they missed a couple of early chances, the writing was on the wall for the Monaghan champions. Kilcoo had nine scorers in the game and 1-5 of their tally came from a defence in which full-back Ryan McEvoy was outstanding.

But this isn’t, or isn’t meant to be, a Kilcoo tribute piece. Enniskillen have their strengths too and they have to play to them this evening.

Physically they will be bigger than the Down men and they will have the edge in midfield where Brandon Horan and Richard O’Callaghan have both been playing well. Break ball will, as ever, be a crucial part of the game and Kilcoo are past-masters at winning the 50-50s when the ball is loose.

Enniskillen have to match that intensity because the key for them is to stay in the game and to do that they have to win the ball, attack and, crucially, take their chances.

And chances will come their way. Ballybay had three goal opportunities - and more than 20 shots - in the quarter-final and they really should have had 1-2 on the board before Kilcoo scored.

They weren’t ruthless enough and Enniskillen cannot afford to be so wasteful. They must be clinical this evening and will need Conor Love and John Reihill to play out of their skins up front but they will miss Callum Jones who is suspended.

Defensively, the Gaels can rely on goalkeeper Cian Newman who has impressed with a string of composed displays this season and has been accurate with his kickouts.

Newman and his fellow defenders will be wary of Jerome Johnston’s goal threat. Jerome led the way last season when Kilcoo won the All-Ireland but it was his brother Ryan who got the crucial ‘major’ against Ballybay.

Who provided the pass? Conor Laverty of course and marking the evergreen sheep-herding magician is another conundrum for Enniskillen. On paper, it seems simple: If Laverty has his back to goal, don’t engage him. But of course it’s never that simple.

Defenders are drawn to Laverty when he makes his darting runs to the ball and they move to shut him down. That leaves space behind him for a runner going the opposite direction. A deft flick from Laverty and, more often than not, the ball ends up in the back of the net and then a difficult task begins to look almost impossible.

If Enniskillen can remain disciplined in defence, take a high percentage of their chances, match Kilcoo at the breaks and maybe get a little slice of luck here and there then you never know.

But this is Kilcoo’s game to lose and up to now when they’re pushed – and they have been pushed – they have always found a way to win. Unless complacency has set in, which is highly unlikely, Kilcoo should have too much and they get a confident nod to progress to their third provincial final on-the-trot.

Devlin maturing into life and football's twists and turns 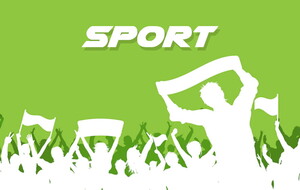