THERE will be history made in the Athletic Grounds tomorrow afternoon no matter what the outcome, as Granemore take on Killeavy with a spot in the Armagh Senior Championship final on offer for the winner.

Granemore are vying for a first ever final appearance while Killeavy haven't experienced the big day since 1988, 40 years after they last won the championship. So, there's a lot on the line here for both camps, who have made the latter stages of the competition in recent years but haven't been able to reach the showpiece.

Underage success has helped Killeavy's growth at senior level, although injuries have hindered expectations around the south Armagh club this season. Star man Ciaron O'Hanlon sustained a knee injury in the league that has ruled him out for the season.

Lee Rice, the Armagh U20 captain this year along with corner forwards Oisin King and Miceal McNamee will also miss the rest of the year. Donal O'Neill came off in extra time of their quarter final win over Clan na Gael with what appeared to be a hamstring injury, so is likely to also miss out.

Caolan McConville is still getting over a hip issue so isn't available for a full 60 minutes, but has been used as an impact sub. Despite missing so many men, Killeavy were within touching distance of a league title and still have an awful lot of quality to call upon.

County men Shea Magill and Conor O'Neill are key players, captain Cathair McKinney has been rock-solid at the back while up front, most of the scoring burden has fallen upon Paul Quinn and Niall Magennis, who have both contributed a goal a game in the championship, against Madden and Clan na Gael.

For Granemore, it's been a little while longer since they made it this far in the championship as 2019 was the last time they made the last four. Old rivals Ballymacnab got the better of them that night, after extra time, but they have retained the majority of that team.

Defenders Ross Finn and Kieran Doyle are members of Kieran McGeeney's county squad while newbie Karl McQuaid, formally of Emyvale in Monaghan, has been a brilliant addition to Niall McAleenan's side.

Paudie Hollywood will drop back into the sweeper role and as Pearse Og and Mullaghbawn have found out so far in the championship, the Granemore defence is extremely tough to break down.

Brendan Boylan is a powerful midfielder with a great pair of hands while up front Jason O'Neill is still the main man, with Marty Carr, Ryan Raffety and Louis Hughes making up the support cast.

It could come down to who wants it more and there's sure to be plenty of nerves and tension. Goals have got Killeavy this far, while Granemore haven't conceded a three-pointer in the championship to date.

Something will have to give tomorrow and if Killeavy play with pace and move the ball at speed, they may just have enough to scrape over the line.

Odds on another Glen-Slaughtneil final in Derry 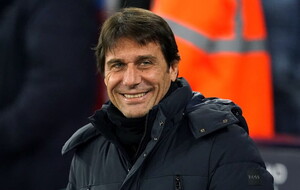