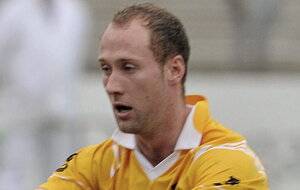 It has been a long process, considering the Corduff man stepped down on June 29, but Monaghan finally have their man, confirming Corey’s appointment following a county committee meeting at the Four Seasons Hotel.

He will be joined by brother Martin - who had been involved with Mickey Graham’s Cavan until the end of their Championship campaign - as well as former Farney team-mate Dermot McArdle and Gabriel Bannigan.

“The backroom team will be finalised in the coming weeks,” read a Monaghan County Board statement.

It looks likely that part of their search will include a new strength and conditioning coach, as Jonny Davis – who worked with Tyrone before joining the Monaghan set-up in 2020 – is on the radar of Down.

Last night’s confirmation brings to an end weeks of intense speculation since McEnaney’s departure. Ex-Dublin stars Jason Sherlock and Ger Brennan, former Farney U20 manager Mark Counihan and Niall Moyna were all linked with the job at various points, while the most recent name in the frame alongside Corey was Micheal McDermott.

The Cavan native previously managed Clare and has won county titles in the Banner county - where he took Kilmurry-Ibrickane to an All-Ireland club final - as well as Cavan, Limerick and Meath. He had previously been nominated for the Monaghan position in 2012 but was overlooked in favour of Malachy O'Rourke.

Corey’s appointment provides continuity from the previous regime, as he had been part of McEnaney’s management team in the last two years alongside David McCague and Donie Buckley.

The Clontibret man was already a familiar voice to many within the changing room as he only called time on his inter-county playing days in 2019 before stepping straight into coaching.

Corey was a mainstay of Monaghan sides for over 15 years, having made his Championship debut in the shock 2003 Ulster Championship defeat of defending All-Ireland kingpins Armagh. In the latter stages of his playing days he soldiered alongside the majority of the current Farney side, including Darren and Kieran Hughes, Rory Beggan and club-mate Conor McManus.

Monaghan will be bidding to bounce back from a 2022 campaign that ended in disappointment after they lost out to eventual Ulster champions Derry in this year’s provincial semi-final.

Having lifted the Anglo-Celt in 2013 and 2015 under O’Rourke, Derry’s quarter-final defeat of All-Ireland champions Tyrone left many fancying Monaghan to go all the way to Ulster glory once more, but it wasn’t to be.

Indeed, in the three years of McEnaney’s second stint at the helm, the Farney lost out to the eventual provincial champions on each occasion – beaten by Cavan after extra-time in 2020 and losing to Tyrone in the 2021 decider before the Oak Leafs ended their Ulster ambitions this year.

Alongside the experienced campaigners who have backboned the side over the past decade, the likes of Miceal Bannigan, Gary Mohan, Sean Jones and Conor Leonard have all emerged as ones to watch as Corey plans for the future.

And, despite the disappointment of the summer past, there is still a silver lining for the new man as Monaghan secured their Division One status back in March with a dramatic final day victory over Dublin in Clones.

Creggan Kickhams are a "class side" as Cargin prepare for semi-final battle: Kevin Doyle