DOWN won’t name their new senior team manager for another two weeks. County chairman Jack Devaney confirmed yesterday that the Mourne selection panel is not expecting to make an announcement until around the end of this month and says getting the right “person, or people” in place is the county’s primary concern; not meeting a club championship deadline.

“It (an announcement) could be in the next two weeks,” he said.

“People get it into their heads that once you come around to championship-time the manager should be announced but the intention for us was always to get the right person, or people and that is the job at hand.”

A long list of names, among them Ballymun Kickham’s manager Brendan Hackett, former Down U20 boss Conor Deegan and his successor Conor Laverty (architect of this year’s Ulster title win), Monaghan’s Ulster Championship winner Malachy O’Rourke and former Louth manager Aidan O’Rourke, have been linked with the post which became vacant after Paddy Tally’s three-year tenure came to an end following the Ulster Championship loss to Donegal in Newry.

That 16-point defeat to the beaten semi-finalists illustrated the work the Mournemen must do to bridge the gap between themselves and Ulster’s top dogs but, on a positive note, the new Down management team will inherit a team that stabilised their Division Two status with wins against Westmeath and Laois this year. There is also the promise of a talented U20 group coming through.

The Down senior championship began last night with the clash of Warrenpoint and Longstone and continues over the weekend with the highlights including Sunday’s clash between three in-a-row chasing Kilcoo and Mayobridge, the dominant force throughout the ‘noughties’.

Devaney is certain that the new management team “definitely won’t miss out” because it has not been confirmed prior to the start of the club championship.

“We’ve had situations before where James McCartan wasn’t appointed until the weekend of the semi-finals and the late Eamonn Burns wasn’t named until well after the championship,” he said.

“So we’re not tied to that. We know it’s not a defining factor and it’s not in other counties as well.

“If someone comes into the role there is easy access to all the footage, so it isn’t a big deal in that regard.” 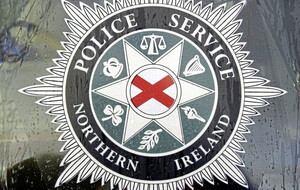