AFTER an underwhelming conclusion to Slaughtneil’s successful campaign on both fronts last year, dual star Brendan Rogers hopes clubs aren’t left without provincial and All-Ireland championships once more should the 2021 GAA calendar end up squeezed even further.

The Irish government roadmap unveiled earlier this week ensured there would be no return to inter-county training until the start of April, with the National League unlikely to get under way until the beginning of May.

Outgoing GAA president John Horan believes the full calendar of club and county activity will take place should that timeline remain in place. However, with the continued uncertainty surrounding the current public health situation, any shifting of ground could require a radical rethink.

Slaughtneil swept to both Derry football and hurling championships last autumn but, with no Ulster campaigns to move into, that is where their season ended.

And Rogers hopes clubs aren’t left short-changed again towards the end of this year.

“It depends what you would call short-changed - if that means not getting a provincial championship or All-Ireland club championship, then I think so,” said the 26-year-old.

“It was a bit of a dull ending to last year. Although it’s a delight for a lot of people to win a club championship, there’s so much more of a thrill out of getting to that next step, and I would hate to think clubs might miss out for a second year.

“Look at the likes of Dungannon winning the Tyrone championship. Yes they have great memories but can you imagine the memories they’d have if they’d got a run in the Ulster Championship, or maybe even won it, to really solidify the year they have. What a journey that would’ve been. It was a real shame for them to miss out on that.

“Things will hopefully work out fine as long as they don’t push it back any more. But if a return to play is pushed back another four weeks, even if the government says it’s just as a precautionary measure or whatever, that would leave it until May before you get back training.

“You’re looking at June then for your first League game – the League will take a minimum five weeks, once you take in the semi-final and final from the north south groups. That takes you into July, with the All-Ireland finishing probably the first week of September, and then clubs have to kick off a championship straight away.

“That’s where things could start to get messy.”

The Emmet’s made it eight county hurling championships in-a-row last September, while their footballers have come up trumps five times in the past seven years in Derry, going on to win three Ulster titles in each code before taking to the All-Ireland stage.

After different injury niggles during recent years, one positive Rogers has taken from the current lockdown is the chance to rest his body after a gruelling schedule on the club and county front.

“You’re used to training flat out all the time, wondering is there every going to be a break,” he laughs.

“Now we’re getting all the time in the world, so it was from one extreme to another. It leaves things so much fresher for us, last year it paid dividends, we felt fresher doing the Derry hurling and football championships together, it didn’t physically and mentally tax us as much as it had done in other years.”

Slaughtneil boss Michael McShane will wear two hats this year, having been appointed manager of the Tyrone hurlers. With a split season expected to be in operation, the two roles won’t get in each other’s way.

Indeed Rogers believes it can only help Slaughtneil in the long run.

“We had no issues because it doesn’t clash.

“He’s going to get inter-county experience, different styles of hurling, he’ll get to see different players and how to manage them… it broadens his horizons and that will all transfer back to us.” 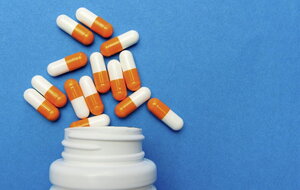