DESPITE Crossmaglen's superb performance against reigning champions Armagh Harps at the quarter-final stage, there are plenty of observers who insist that Cullyhanna are the best club side in the Orchard County.

Of course that's what the championship is for and the St Patrick's outfit will only be able to claim that accolade if they get past their south Armagh rivals in Sunday's semi-final and go on to end their long wait for a senior title in the decider.

The winners on Sunday will go into that final – against either Ballymacnab or Maghery - as favourites but that is a long way from the thoughts of Cullyhanna manager Eamonn McEneaney.

Vastly-experienced McEneaney is a former Monaghan player who went on to manage his native county and Louth too. He rates Cross as the favourites for Sunday and says Cullyhanna will need to produce their best to get past them.

“The general public will be looking for a great spectacle but it's a semi-final and it's winner-takes-all and that's what both teams are looking at,” he said.

“It's not like the earlier stages where if you lost a match you could maybe get back in again, the winner of this one gets to the final and we're gearing up to try and cross the bridge to get there.

“It's a tall order, Cross are very hot favourites to go through and that's understandable considering their record over the years but Cullyhanna are well positioned to give a good account of themselves and certainly they've put in a big effort this year to try and get to the final. That is the target for next Sunday.

“It's going to be a tough game, they have a lot of very experienced players and we know we have to produce our best performance to get through.”

This year's championship semi-finalists finished in the top four positions in the Senior A League. All four have brought their league form into the championship, none moreso than Cullyhanna who beat Pearse Og 3-16 to 2-11 in their first group game and have moved up through the gears since.

The last three outings have yielded totals of 2-18 (Tir na nOg), 3-17 (Granemore) and 2-13 (Silverbridge) and the Cullyhanna defence has conceded just seven points per game. Those are impressive stats by any standards.

“The form would be very pleasing but you to have a cautious eye on it as well in the sense that the opposition didn't cause us as many problems from an attacking point of view as Cross will,” said McEneaney.

“We are certainly under no illusions that it will be a different game but it is pleasing that we haven't conceded that much over the last three games, we didn't concede any goals and we would be happy with that. But we know it's going to be a different proposition against Crossmaglen because they scored 2-22 in the last game.

“There is going to be a lot of work trying to contain them but I think our lads are ready for that. I think they are looking forward to this game, they're certainly not afraid of Crossmaglen because they are neighbours and a lot of them have grown up together and played against each other at underage. “It's going to be on the day, it's going to be whoever can produce the best performance and we're hoping that on Sunday our best performance of the year will come out. We've been gearing since January for this type of a contest.” 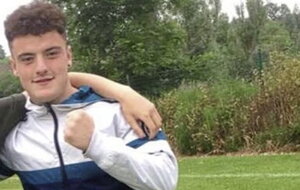