Northern Ireland will come out to play says Ronald Koeman WITH Ronald Koeman’s Rotterdam critique still fresh in the memory, there were a few wry smiles when the Northern Ireland bus found itself parked up more than 24 hours out from tonight’s return fixture at Windsor Park.

Koeman was less than complimentary about Michael O’Neill’s side, calling their dogged defensive approach “outrageous” and “terrible to watch” after his side came from 1-0 down 15 minutes from time to eventually win 3-1.

The Northern Ireland training schedule was thrown into disarray yesterday morning when an accident on the Sydenham bypass left the team bus stranded en route to Windsor Park, eventually forcing a U-turn back to the Culloden Hotel.

However, Koeman predicts that is where the bus parking will end, anticipating a more progressive approach from Michael O’Neill’s men tonight as they go in search of the victory that will keep their slim automatic qualification hopes alive.

Dutch captain Virgil van Dijk insisted his manager’s comments after the last game had been “taken out of proportion”, and Koeman was also keen to clear the air, offering an apology of sorts.

“First of all, if they like to take it as extra motivation, good luck,” said the former Everton boss.

“On the other side, I was not talking about the way they played; I have a lot of respect for the quality of the players.

“They gave so much against us, they were really difficult to beat. “But my irritation after the game, and maybe if I used the wrong words about that, it was about the wasting time from minute one and the referee didn’t do anything against that.

“Maybe if I used the wrong words, maybe yes, then I can say I feel sorry about that. If they find it disrespectful, yes. I didn’t mean to be disrespectful.

“They play at home, the last chance for Northern Ireland to win both games against Holland and Germany to get the possibility to have qualification for the Euros.

“We expect a more attacking team tomorrow than how they play in Rotterdam, and we need to be prepared for that.”

Much of the focus coming into the game, from a Northern Ireland perspective anyway, has surrounded Michael O’Neill following his recent appointment as manager of English Championship side Stoke City.

He will remain in charge of Northern Ireland until the Euro 2020 play-offs next March, should his side reach that stage, and Koeman says he doesn’t expect that double-jobbing to have an impact on preparations in the short term.

“In the short time that he took over Stoke City for one game, that has no influence on tomorrow’s game.

“For the long term, it’s really difficult to do two jobs, but it’s his decision.”

For Van Dijk (below), tonight’s game represents an opportunity for the Netherlands to end their exodus from major tournaments.

Having missed out on Euro 2016 and the last World Cup in France, the Dutch only have to avoid defeat in Belfast to secure their place at Euro 2020.

And the towering Liverpool defender admits it would be “a dream come true” to lead his country into battle on the big stage.

“Hopefully I’m going to do that tomorrow,” he said.

“It’s a dream for any player to perform at a major tournament; I missed two so I was obviously very disappointed at the time, but I’m looking forward to what’s coming and we can make sure we are going to qualify tomorrow, we’re going to do everything that’s possible to do that.

“And then it’s another dream come too to ensure we perform at the European Championship.” 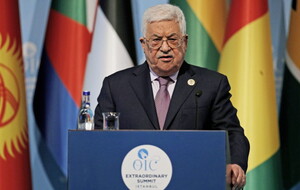