Stuart Dallas holds his head after another missed chance for Northern Ireland against Bosnia-Herzegovina on Saturday.
Photo Colm Lenaghan/Pacemaker Press

LEFT-BACK, outside left, right-back, outside right – even central midfield. Stuart Dallas is prepared to play almost any position, as long as he’s not left right out.

That’s the case with his club Leeds United as well as Northern Ireland, although he admits he prefers left wing.

Praised for his superb display, despite the 2-1 home defeat to Bosnia & Herzegovina on Saturday, Dallas laughed off the plaudits when mention is made that he looked more dangerous when switched over to his natural right side, sending over some brilliant crosses:

“Some bad ones as well! I don’t know, I prefer to play on the left. That’s the first time I’ve played on the wing this season – all pre-season I was playing left-back or right-back, even centre midfield, so it felt good to be back on the wing.

The same applies to Leeds, where new boss Marcelo Bielsa has made clear Dallas is part of his plans, unlike fellow Ulsterman Eunan O’Kane, who has been loaned out to League One Luton Town:

“I’ve been unlucky, with injury in the first game at Stoke,” says Dallas, “but I played the most of pre-season.

“The conversation I’ve had with the management team is that I’ve just got to keep working hard. I knew coming away here was a good chance to get 90 minutes and show what I can do.

“We’ve had a great start at Leeds, I’ll just keep my head down, keep working hard, and hopefully I can get my opportunity there.”

Despite his versatility, Dallas isn’t angling to replace the retired Chris Brunt as NI’s first choice left-back, happy to have young Jamal Lewis in that role behind him:

“I thought he’s come in and done really well. I thought he was outstanding [against Bosnia-Herzegovina], both defensively and going forward – he’s a strong, powerful runner, and we linked well at times. Hopefully that relationship can only get better.

“But there’s a lot of competition in the squad, a lot of good players on the bench who didn’t get a run-out today, so we’ve got to keep doing well in our own performances.

“Jamal is a cracking player, he’s showed that at Norwich, playing week in week out, and he can only get stronger.”

Dallas’s self-deprecation returned when the goal chance he failed to convert early in the second half on Saturday was described as “tricky”:

“It wasn’t really a tricky one, I should have scored it. I’ve just looked at it in the changing room again and it’s come over and I thought Laffs [Kyle Lafferty] was going to get on the end of it.

“It’s hit the bottom of my boot, my studs – nine times out of 10 in training I put those away. Again, you’ve got to take your chances, and if you don’t you get punished.

“That’s a massive chance at 1-0 down but you can’t dwell on it, you’ve got to move on. After that, we had chances and we didn’t take them, but it was disappointing not to take that one.”

The hosts could have scored within a minute or so when George Saville was clearly fouled in the opposition penalty area, but no spot-kick was awarded.

“I haven’t seen it back but it could have been a penalty,” said Dallas. “But, look, you can’t dwell on that.

“The referee didn’t give it – no shock, really, with refereeing decisions at Windsor again, but there’s nothing we can do about it, we’ve got to move on.

“We certainly had enough chances to win the game and we haven’t done that, but we’ll take the positives from it, recover well, and go again, and hopefully get a result [against Israel].

“It was disappointing to lose it, not to get anything from it. We dominated the game, if you look at the stats – the shots we had, the corners, we’d 24 shots, 18 corners.

But if you don’t put the ball in the back of the net, especially at this level, you get punished, and that’s what happened.”

Dallas is determined to get a more positive result in the home friendly with Israel tonight [7.45], declaring:

“We’ve had a good five or six days together and we don’t want to be going away on Wednesday back to our clubs with nothing to take from it.

“We’ll take the positives from [the Bosnia game] and we’ll move forward and look at Israel. Hopefully we can get a positive result because we have got to get back to winning games.

“Israel’s going to be a tough game. I don’t know what the manager is going to do but whatever team is out there you can be sure they’ll put in 100 per cent and try to get a result.

“I want to play every game, but it’s up to the manager to do what he does. Friendly or no friendly, playing for your country is a privilege and it’s something I always want to do”. 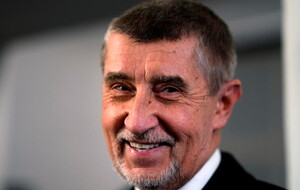