Tom Kelly's explanation for demise of SDLP offers no solutions

Tom Kelly’s pedigree within the SDLP is well-known and respected.

But even so, his explanation (August 29) for the demise of the SDLP lays out a series of three problems, but offers no solutions.

There are a number of observations that can be made that complement those made by Tom.

2a. Delivery. The SDLP always failed to deliver for their electorate. During the conclusion of the Good Friday or Belfast Agreement 1998 the SDLP were arguably at their apogee. They could have demanded whatever they wanted for their electorate – a motorway linking Derry with Belfast and/or Dublin, a university, or just a financial lump sum – but instead the SDLP asked for nothing, and that’s exactly what their electorate received – nothing. In the Republic the Healy-Rae dynasty takes a bit of ribbing from other deputies, but they understand pork-barrel politics, and they deliver for their electorate. The SDLP have never learnt that lesson. Nor have the UUP. And the DUP tend to practise the black art of non-delivery as a virtue.

2b. Pork-barrel politics. In the aftermath of the 2022 elections to the Northern Ireland Assembly the SDLP boldly rejected plans for a ‘stitch up’ (Irish News, May 12, front page). The suggestion was that, together with the nine UUP MLAs, the SDLP’s eight MLAs designate as ‘Other’ so that together with the 17 Alliance and one PBP MLA it now formed the largest designation with 35 MLAs, and could nominate the Deputy First Minister. As the largest party in that designation, the Alliance Party was in line to nominate.

But, as Alliance required the support of both the UUP and SDLP, a three-way split could have seen Alliance nominate in sequence a UUP, SDLP and then an Alliance MLA to each serve 17 months each in post as a rainbow coalition.

Or some other arrangement that saw the SDLP with a ministerial position.

Instead the SDLP opted for nothing – and that’s what they got.

It can be argued that the SDLP’s intransigence put the DUP into a position where they now hold the NI electorate hostage to their political whims.

Brexit has killed the peace process

The DUP are boycotting Stormont because of their opposition to the Protocol which was actually agreed to by the UK government, parliament and people as part of Boris Johnson’s fantastic oven-ready deal.

Only Westminster has the power to renegotiate the Protocol with the EU, so should the DUP not be boycotting Westminster instead? Why hold the people of Northern Ireland hostage over a Protocol to a treaty they had no hand, act or part in devising or agreeing?

The cynic might suggest the DUP’s real motivation is trying to avoid having to serve with a Sinn Féin First Minister.

Their failure to do so also gives cover to the UK government’s claim that their Northern Ireland Protocol Bill is necessary to protect the peace process, when in reality it is little more than a ransom payment to reward those who have kidnapped the peace process.

The truth is the hostage is now dead. Brexit has killed the peace process and loyalists are mobilising to protect the union with Britain against an emerging majority for re-unification, as shown in the recent LucidTalk poll.

The internal devolved solution to providing democratic legitimacy to Northern Ireland has failed and we are back to the bad old days of armed resistance.

Loyalist organisations have been associated with recent riots, bus burnings and a bomb threat against Simon Coveney. Recent Tory governments have a lot to answer for.

What is really going on at Belfast City Cemetery?

I read with disbelief in The Irish News (August 20) and other media outlets that the Belfast City Council planning committee have agreed to the removal of the existing three metre high palisade perimeter fence at the listed Gallaher steps at Belfast City Cemetery, and these are to be replaced with new railings, gates and lighting, as a necessary measure to prevent further vandalism.

Could I point out that a £3 million Heritage Lottery Project has been going on for six years. Why were these ongoing antisocial elements not addressed a long time ago? I was in last week visiting a loved one’s grave and spotted more dogs than I ever did at a Crufts dog show.

It was also pointed out to me that the Belfast City Cemetery Research Centre at the City Cemetery is 18 months behind schedule – with no official opening date.

Could someone please enlighten me what is really going on at Belfast City Cemetery with the Heritage Lottery Project?

Secure PSNI station for the community

Notice of the disposal of the former PSNI station in Warrenpoint has gone out to all public sector bodies for expressions of interest.

In my view Newry, Mourne and Down District Council need to secure the property for the community. There is a distinct lack of facilities in the town and this site should not be lost – as has happened on so many occasions previously.

Due to an increase in tourism this year from cruise ships, the very successful ’Wake the Giant’ festival, all keeping in line with NMDDC Tourism strategy 2017 – to ultimately repositioning our area into one of the premier year-round destinations in Ireland – it is vital to secure the property for the people.

Tom Kelly's explanation for demise of SDLP offers no solutions

Collins was totally committed to ending partition by combat 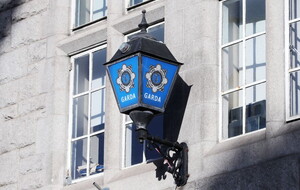