DREAMS don't only come true in the movies – they can come true in real life, too. The record haul of Academy Award nominations for Irish film-making talent, announced this week, is certainly the stuff of dreams.

The 14 Oscar nominations for contributions made both in front of and behind the camera by actors, directors, writers and technicians are headed by dark comedy The Banshees of Inisherin, which has been nominated in nine categories.

Another notable inclusion is An Cailín Ciúin (The Quiet Girl), which is nominated in the best international feature film category and is the first Irish language feature film to be selected for the Oscar shortlist.

But it is the inclusion of An Irish Goodbye, which has been nominated in the best live-action short film category, which has perhaps inspired the most warmth and affection.

It is richly deserved recognition for the beautifully crafted short film, which was written and directed by east Belfast film-maker Ross White and his creative partner Tom Berkeley.

An Irish Goodbye has already won praise – including a number of prizes on the festival circuit and a coveted Bafta nomination – for the performances of its cast and the sensitivity of its storytelling. Although rooted in the Irish countryside – it was filmed in Templepatrick, Saintfield and the Sperrins – An Irish Goodbye's tale of estranged brothers reuniting after their mother's death resonates with universal themes.

The charismatic James Martin who plays Lorcan, one of the brothers, is a role model for other young actors with Down's syndrome and been applauded for his acting skills, for which he has already been garlanded.

There was a sense of destiny about An Irish Goodbye's nomination; the Academy Award ceremony takes place on March 12, which is also Mr Martin's birthday. "I am trying my best to fit into some suits for the red carpet," he said in an interview with this newspaper earlier this month.

On hearing on Tuesday night that the film had made it to the final five in its category, he confessed that he and his family were "all so excited that we cried our eyes out completely".

An Irish Goodbye's nomination is confirmation that Northern Ireland is consolidating its status as a location for film-making and other creative industries. If Stormont is revived, it is essential that this growing part of the economy continues to be nurtured and fully supported.

Editorial: 'Enough is Enough' for deadly A5 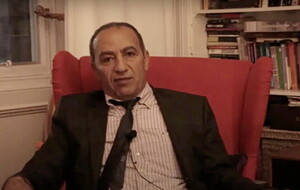