Strep A: 15 children across the UK have died from invasive infection 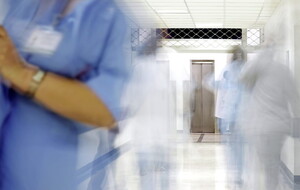 There are currently 10 unoccupied beds in the north's ICU units

Fifteen children under the age of 15 have now died in the UK from invasive Strep A illness, figures show.

New data from the UK Health Security Agency (UKHSA) shows 13 children under 15 have died in England since September.

Two other deaths of children have been recorded in Belfast and Wales, taking the UK total to 15.

'You are our sunshine our only sunshine:' Funeral details of Stella-Lily (5) confirmed

Group A strep bacteria can cause many different infections, ranging from minor illnesses to deadly diseases.

Illnesses caused by Strep A include the skin infection impetigo, scarlet fever and strep throat.

While the vast majority of infections are relatively mild, sometimes the bacteria cause a life-threatening illness called invasive Group A Streptococcal disease.

The UKHSA has said there is no current evidence that a new strain is circulating and the rise in cases is most likely due to high amounts of circulating bacteria and increased social mixing.

It comes as pharmacists continue to use Twitter to complain of shortages in access to antibiotics, including the liquid version of penicillin, which is often given to children.

Health Secretary Steve Barclay insisted on Wednesday that checks within the Department of Health have not revealed an issue with supply of the medicines.

However, the National Pharmacy Association has pointed to “blips” in the supply chain of liquid penicillin, while the Association of Independent Multiple Pharmacies said pharmacists across the country were struggling to source all they need.

Strep A: 15 children across the UK have died from invasive infection