Analysis: Lack of consensus on shape of Stormont reform

Ever since the signing of the Good Friday Agreement there has been talk about reform of the Stormont institutions. As the accord prepares to mark its 25th anniversary next April, Political Correspondent John Manley looks at where each of the parties stands – as laid out in platforms carried by The Irish News over the past week 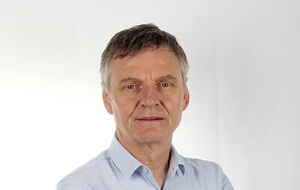 IT'S a truth universally acknowledged that the north's power-sharing institutions could function better.

The ability of the largest party in either the unionist or nationalist designation to collapse the executive or veto its establishment by refusing to nominate a first minister is often cited as the key flaw in the current arrangements.

The mandatory coalition model was set up in 1998 in a way that ensured the majority rule that had characterised the first 50 years of Northern Ireland's existence was not repeated.

The option of opposition has been available since 2016 but for those in government, power is shared in a kind of forced marriage.

Circumstances have changed over the quarter of a century since the accord was signed, with the pace of transformation seemingly accelerating in recent years.

There is now no majority bloc, yet under current arrangements, a party that received little more than half of unionism's popular vote in the assembly election can veto devolution.

There are those who agitate for change and a move towards voluntary coalition, which would enable a 'government of the willing' rather than the present necessity to include the largest party in the two main designations.

Last week, The Irish News asked each of the parties how they would make devolved government more stable.

Deputy first minister designate Michelle O'Neill said "people across Ireland [are] demanding real change". Notably, however, that change does not extend to altering the workings of the institutions, for the meantime at least.

"I believe reform at this stage equates to shifting the goalposts agreed by the people in referenda north and south, and no fundamental change should occur without their consent," the Sinn Féin deputy leader said.

Ms O'Neill believes Stormont's Assembly and Executive Review Committee is the "established and appropriate forum" for any discussion about changes, perhaps a pre-emptive response to any notion the two governments may have about initiating reform.

"To discard the Good Friday Agreement safeguards and protections or governance arrangements would be a mistake," she said.

"Carefully and painstakingly negotiated, they represent a political accommodation, and while nothing is ever permanent, now isn’t the time to assist the Tories or DUP in unravelling it."

With Sinn Féin's acquiescence, the DUP was previously successful in changing the agreement's power-sharing template at St Andrews.

Under the new rules agreed in 2006, the first and deputy ministers would be automatically chosen from the ranks of the largest party in each designation. In the time since, both parties have consolidated their respective positions as each designation's largest.

The DUP has yet to furnish this newspaper with a platform outlining how it would make devolved government more stable so it's been necessary to consult the party's manifesto from May's election.

Beyond a resolution of its concerns around the protocol, the DUP said it wants to see politics and government at Stormont "normalised".

"We have had a long-term objective of seeing government established by those who can agree to govern together," its manifesto states.

"We remain convinced that a voluntary coalition represents the best long-term option for government in Northern Ireland.

"We believe this should be on the basis of a concise agreed coalition plan that can subsequently be augmented by a more comprehensive Programme for Government and supported by a weighted majority in the assembly."

According to Alliance leader Naomi Long, reform is the only way way to break what she terms the "cycle of crisis and collapse".

"The agreement was a historic milestone but the ‘ugly scaffolding’ of its binary system has unintentionally handed the two largest parties the ability to collapse the institutions and hold the people of Northern Ireland to ransom at will," she said.

Alliance advocates amending the process for nominating first and deputy first ministers so that if a party refuses to nominate, the entitlement passes to the next largest party.

"This would enable those who wish to form an executive to deliver government – any party entitled to an office or ministry would retain that right – it is for them to decide whether to opt out, so no-one is excluded unless they choose to be," the East Belfast MLA said.

"This would ensure the support of unionists, nationalists and, crucially, others, whose votes are currently ignored, without giving anyone a veto," she says.

The SDLP's Matthew O'Toole said he acknowledges the agreement and associated institutions' role in embedding peace, yet believes "no-one could credibly argue that they are operating properly – when they operate at all".

"The question is how to reform them without jeopardising the fundamental principles of power sharing and mutual respect," he said.

He characterised the rule change at St Andrews in 2006 as "tragic" and "designed to promote tribal vetoes and victories".

The party advocates that the first and deputy first minister's titles are 'equalisesd'.

"They [Sinn Féin and the DUP] have both profited from prioritising victory and veto in a system designed for partnership," he said.

Ulster Unionist leader Doug Beattie is likewise lauds the agreement's achievements but too laments the 2006 amendment – "vandalism" that has been "facilitated by both the Irish and UK governments".

Like the SDLP, the party that too has seen its star continue to fall since 1998 wants a return to the agreement's "factory settings" and "the principles on which power-sharing was established".

"Returning to the first minister coming from the largest designation, with joint election of first and deputy first ministers, would remove the charade we see every election time," said Mr Beattie.

Arguably the most strident and consistent critics of mandatory coalition is TUV leader Jim Allister.

He says those who "meekly accepted three years of Sinn Féin boycott" have only recently become interested in reform.

"None of the parties have to agree about anything before going into government together – hence, the inevitable crises and collapse," he said.

He argues that with no party big enough to govern on its own, coalition is inevitable.

"As elsewhere, for it to work, it must be a coalition of the willing," he said.

The TUV leader also advocates a weighted majority vote to approve the new government and its programme and budget.

Meanwhile, People Before Profit's Gerry Carroll would welcome reform of the institutions to allow for a voluntary coalition but said it "would only be a stopgap measure" and would "not cure the sectarian rot at the heart of the northern state".

"After 25 years of failure, illusions in the ability of Stormont to truly deliver are quickly waning," he said.

Analysis: Lack of consensus on shape of Stormont reform