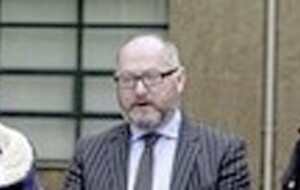 A former British army intelligence agent says he has made a statement to investigators about the IRA killing of a Co Louth farmer.

The agent, who uses the name Sam Rosenfeld, worked undercover for the British army's Force Research Unit in Co Fermanagh in the early 1990s.

Among the claims made by Mr Rosenfeld is that Peter Keeley, a former RUC, MI5 and Force Research Unit asset, admitted that the vehicle used by the IRA team that abducted Tom Oliver was being tracked by authorities.

Mr Oliver was taken from land in the Cooley Mountains in 1991 after leaving home to attend a calving cow and later shot six times in the head by the IRA.

His remains were recovered hours later on a country road near Belleek in south Armagh.

Republicans later claimed the father-of-seven was killed because he had provided information to Gardaí about weapons.

Tom Oliver was shot dead by the IRA

The case is being investigated by Operation Kenova, which is headed by former Bedforshire police chief Jon Boutcher.

Mr Keeley, using the name Kevin Fulton, previously denied to the Smithwick Tribunal, which examined the 1989 IRA killing of RUC men Harry Breen and Robert Buchanan, that he was present when Mr Oliver was shot dead.

Mr Rosenfeld claims Mr Keeley told him that the vehicle used to transport Mr Oliver was being tracked "and it was being monitored everywhere it went".

"Every vehicle he had used was being monitored by the security forces," he said.

Mr Rosenfeld said he has provided a statement to Operation Kenova, which declined to comment when contacted.

In his book, Unsung Hero, written under the name Kevin Fulton but believed to be the work of Mr Keeley, a description is also provided of the incident that claimed the life of IPLO member Eoin Morley, who was shot dead by the IRA in April 1990.

In 2006 Mr Keeley was arrested in England and questioned about the Morley killing and that of British soldier Cyril Smyth, who was killed when the IRA carried out a bomb attack on a checkpoint outside Newry in 1990.

In June this year the PSNI and Ministry of Defence settled High Court actions with Mr Morley's mother, who had already secured judgment against Mr Keeley.

Mr Keeley has also been linked to an IRA mortar attack that resulted in the death of an RUC woman 30 years ago.

Colleen McMurray died after the police car she was travelling in was struck by a Mark 12 horizontal mortar in the Merchant Quays area of Newry in March 1992.

In a Police Ombudsman's report published last year Marie Anderson confirmed that an IRA man referred to as Person A was a Special Branch agent.

He is understood to be Peter Keeley.

Person A is believed to have been involved in the development of the ‘flash-initiated’ technology used to trigger the mortar that killed Ms McMurray.

Mr Keeley was also linked to the Real IRA unit that carried out the 1998 Omagh bomb, which claimed the lives of 29 people.

Mr Rosenfeld is now taking legal action against the MoD and PSNI in relation to Mr Keeley.

Mr Rosenfeld has claimed that Mr Keeley currently lives in a expensive flat in London paid for by the PSNI and receives a regular allowance from the force.

A spokesman for the PSNI said: "We would neither confirm nor deny and no inference should be drawn from this."

Mr Rosenfeld's lawyers say he has had to "flee the jurisdiction and still remains in fear for his life".

Mr Rosenfeld's case is one of 28 linked to Keeley currently before the High Court all of which are being reviewed by Special Advocates as part of secret Closed Court Proceedings.

“This case is the first of its kind," he said.

"It touches upon matters of extreme sensitivity many of which will be examined in private court proceedings without the claimant himself present.

"The action highlights yet again how the High Court has the flexibility to engage on cases involving the broadest allegations of collusive state practice."

He said attempts have been made by the MoD to halt the legal action.

"Attempts were made by the MoD in London to stop Mr Rosenfeld taking his case but we are confident that won’t happen here in Belfast," he said.

A spokesman for the MoD said: “It would not be appropriate to comment on matters which are the subject of ongoing legal proceedings.”