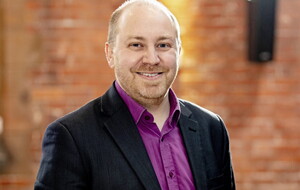 NORTHERN Ireland is close to generating half of its electricity from renewable sources, mostly wind, a new report reveals.

Over the 12 months to the end of September, 49.3 per cent of all electricity used in the north came from renewable sources.

The north is “on the cusp” of achieving 50 per cent renewable electricity, said Steven Agnew, chief executive of RenewableNI, a trade group for companies in the sector.

In February this year, 76.5 per cent of electricity consumption was generated from renewable sources, the highest on record, according to the report Electricity Consumption and Renewable Generation in Northern Ireland.

While the yearly percentage is slightly less than the record set over the 12 months to the end of November 2020, the numbers are on a upward trajectory.

Lack of wind, from which close to 85 per cent of the renewable energy is generated, has a major effect on the numbers.

Last year was notable for being a substantially less windy year and the amount of electricity generated dropped to just over 42 per cent.

The region does rely heavily on gas and oil for heating and transport, which is driven by hardly more than 10 per cent by renewables.

“Northern Ireland is on the cusp of achieving 50 per cent renewable electricity,” said Mr Agnew.

“This is great news for the consumer and the environment as renewables bring down the cost of electricity as well as reducing carbon emissions. We have a target for 80 per cent renewables by 2030. This is a stretching target and policy needs to catch up.”

Mr Agnew said investment in renewables has slowed down here “and we risk going from leaders to laggards”.

“Planning here is too slow and we are at a competitive disadvantage with our southern neighbours,” he said.

“We also need to reduce emissions in sectors such as heat and transport. It you want to decarbonise something, if you want to bring down costs, put a plug on it. So electric vehicles and heat pumps will provide the way forward. This will significantly increase electricity demand.

“We therefore need to double our renewable capacity to achieve the 2030 target. We can do this and we're in a climate emergency so we need to do this. Industry is ready to make the investment if the policy is right. And, of course, we need a functioning Executive to facilitate this.”