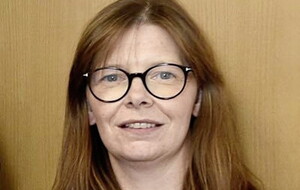 GPs have defended decisions to refer children to hospital emergency rooms amid the Strep A outbreak.

Emergency departments are reporting a significant increase in the numbers of young people attending, with one major Belfast hospital reporting record highs.

For the second day in a row, more than 200 were brought to the doors of the Royal Belfast Hospital for Sick Children. This compares to a previous daily high of approximately 180 and pre-Covid totals of no more than 70.

The surge follows the death of five-year-old Belfast girl Stella-Lily McCorkindale on Monday after she suffered complications from being infected by the Strep A bacteria.

Fifteen children in Northern Ireland and Britain and one in the Republic have died as a result of the bacteria as of last night.

Strep A, a bacteria that mostly produces mild symptoms, can be detected via a throat swab but the decision to send a child to hospital is based on a clinical diagnosis, the representative body for the majority of GPs said.

In line with Public Health Agency guidance, GPs “will take a throat swab to assist with diagnosis especially if a patient is thought to be part of an outbreak, allergic to Penicillin or in contact with vulnerable individuals,” said Dr Ursula Mason, chair of the Royal College of General Practitioners.

"If a GP sends a child to hospital based on a telephone consultation, it is because the clinical information given is such that the GP suspects serious illness and has concern regarding invasive Group A Streptococcus. Delaying referral to await physical assessment in general practice could be potentially harmful to the child."

It is unclear if some parents are bypassing GP services, or unable to get through on medical centre phone lines, and then taking their children direct to emergency rooms.

Belfast Health Trust said 227 children were brought to the Children’s Hospital on Wednesday, the same number as the agency reported the previous day.

Group A streptococcus bacteria usually causes a mild infection producing sore throats or scarlet fever that can be easily treated with antibiotics.

In very rare circumstances, these bacteria can get into the bloodstream and cause serious illness, known as invasive Group A strep (iGAS). While invasive Strep A is not a notifiable infection in Northern Ireland, unlike Britain, the rise in notified scarlet fever cases does give an indication of how prevalent the bacteria is in the population.

There were 125 reported scarlet fever cases in November, 68 so far this month. In total, there were 47 cases in 2021, the small number largely due the measures introduced to combat Covid. For comparison, there were 257 cases reported in 2019.