POLICE last night launched a murder investigation after a man was shot dead in Newry.

The shooting happened in Ardcarn Park in the Carnagat Road area of the town.

Officers closed the street to motorists and pedestrians and a PSNI spokesperson said: "One man has been pronounced dead at the scene."

No further update from police was available at the time of going to press.

"My heart goes out to the family of the victim. This is is a horrific incident to occur at the mouth of Christmas," he said.

"It is not something we would want to see on the streets of our city, and we thought those days were behind us. However, I want to assure the good people of Ardcarn, an area that I represent, that no stone will be left unturned by the police as they investigate their heinous act.

"I've been told that patrols will be stepped up in the area in the days ahead. I would also urged anyone with any information whatsoever on this attack to contact police."

"There is absolutely no place in our community for guns or those involved in this attack," she said.

"A police operation is ongoing in the Ardcarn area and I would appeal to anyeone with information on this shooting to bring it forward to the PSNI." 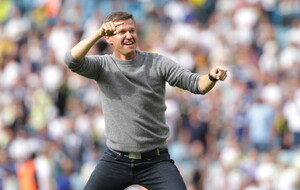