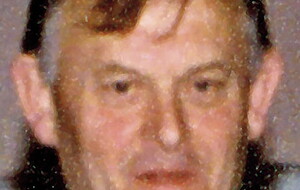 The comments were made during a preliminary hearing yesterday - the 35th in 25 years - which was attended by Mr Brown's 86-year-old widow Bridie.

The 61-year-old was attacked and beaten by an LVF gang as he locked the gates at Bellaghy Wolfe Tones GAC on May 12 1997.

The Bellaghy club chairman was then put in the boot of his own car and taken to a country lane outside Randalstown in Co Antrim where he was shot six times.

Campaigners suspect collusion and no-one has ever been charged in connection with the murder.

Earlier this year the PSNI apologised for inadequacies in the RUC’s original investigation into Mr Brown's murder and agreed a settlement with Mrs Brown as part of civil proceedings.

Mrs Brown and her family were dealt another blow last year when Mr Brown's son Damian, who was prominent in his family's campaign for justice, died after a short illness.

Yesterday was the first time Mrs Brown had attended any of the inquest hearings.

During the sitting at the Laganside Complex in Belfast the coroner Patrick Kinney, who is also a county court judge, was told of continued delays on the part of the PSNI and Ministry of Defence (MoD) in providing some disclosure.

A lawyer for the MoD told the court that the illness of a staff member has had an impact.

Later in the hearing Mr Kinney set January deadlines for both parties.

The Brown family barrister Des Fahy KC said that while the legal representative for the coroner had "done a body of work" after the settlement of the civil case earlier this year little progress has been made.

"It appears sir that next to nothing has been done in response to the notes issued by your counsel in July of this year," he said.

"We welcome on behalf of the Brown family the fact that you are now setting dates and timelines in respect of the state parties.

"Sean Brown's son Damian died while waiting for an inquest and on behalf of the Brown family, my submission to you on their behalf, is that this is an intolerable situation, which has gone on for far too long."

Mr Fahy told the coroner the Brown family want a date set for the start of the inquest.

"The family who are present today have heard on many, many occasions excuses which have been advanced in relation to the provision of materials by the state bodies," he said.

"But those excuses have not been translated into action."

Mr Kinney urged all parties to provide him with information requested by his office and while not setting a start date, said he was anxious to for proceedings to begin.

"I am as keen as anyone in this room to get this matter to hearing as soon as possible," he said.

Speaking outside court the Brown family solicitor Niall Murphy, of KRW Law, said they are "astounded and disappointed at the lack of readiness to convene this inquest".

"Notwithstanding 34 previous preliminary hearings, to hear after 25 years at the 35th hearing, that police have still not complied with their obligations with regards to sensitive information retained, is devastating but sadly not surprising," he said.

Paul O'Connor from the Pat Finucane Centre said continued delays in providing information to the inquest are "shameful".

Have your say: Nurses, tell us how you feel about the strike