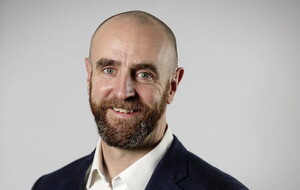 THE New IRA has claimed responsibility for a mortar attack on police last week in Co Tyrone.

The Irish News understands the device was a mortar known as an EFP (Explosively Formed Projectile), which was triggered using a command wire.

Sources have suggested the mortar contained a quantity of Semtex while a commercial detonator was also used.

Two PSNI officers escaped injury as they responded to reports of anti-social behaviour in the Mount Carmel Heights area of Strabane.

After seeing a flash and hearing a bang the officers returned to the town's PSNI station where police say they discovered blast damage to their vehicle.

While no-one was hurt both male officers were left shaken.

In the statement, signed T O’Neill, the republican paramilitary group last night said “an armed unit of the IRA moved into the area”.

“Two armed volunteers with AK 47s gave cover while the rest of the unit deployed the IED,” the statement said.

The group added that it believes the mortar struck the PSNI car.

“We believe significant damage was done to the car,” it said.

The Irish News last night requested pictures of the vehicle but a PSNI spokeswoman said “we don’t have any images to release”.

Sources say the roadside EFP was located about 10ft from the passing PSNI vehicle when it was fired.

SDLP Policing Board member Mark H Durkan said it was concerning given the “nature of the attack and the fact there are people out there that will think there is any merit in an attack like this and any good can come of it for anyone".

“We will need to hear soon from the police on their position and revised analysis of the seriousness of the threat posed by dissident republicans.”

Developed in Iran and regularly used in Iraq, homemade EFPs have previously been used by the New IRA in attacks across the north.

The weapon was first used in March 2014 when a PSNI Land Rover was targeted as it travelled along the Falls Road in west Belfast.

Considered as easy to conceal and fired by command wire, the weapon is said to be capable of piercing armour over a long distance.

The weapon is viewed by some as the modern version of the horizontal mortar - known to republicans as a 'doodle bug' - which was widely used by the Provisional IRA during its campaign.