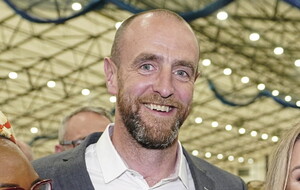 A member of the Policing Board has raised concerns after the security forces initially failed to identify a bomb left outside a police station in Derry.

SDLP MLA Mark H Durkan spoke out after a senior PSNI officer initially described the bomb as an “elaborate hoax device, meant to look like a car bomb”.

During a press conference on Monday Chief Superintendent Nigel Goddard said “there seems to be a petrol canister with a pipe attached to it”.

However, in a highly unusual move, around 48 hours later the force issued a statement yesterday confirming the device was in fact “viable”.

Assistant Chief Constable Bobby Singleton said that “following further technical examination of the object recovered from a hijacked vehicle outside Waterside Police Station on Sunday evening police can now confirm it was a viable explosive device”.

The senior PSNI officer added that “this further underlines the reckless and callous disregard by those responsible for the safety of the driver, the local community and the police officers who serve them”.

No details were given about the nature of the explosive device.

The alert was raised when three masked men hijacked a delivery driver at gunpoint in the Curryneirin area of the Waterside at 10.30pm on Sunday and ordered him to take the Ford Mondeo car to a PSNI station in the Waterside.

That attack has been linked to the New IRA.

During the Derry security alert, several people were evacuated from their homes and around 650 children who go to two schools were unable to attend after they were closed.

Mr Durkan last night said he will be seeking an explanation as to what happened.

“I have not heard an explanation yet but we should be seeking to establish how it was declared a hoax and is now deemed viable,” he said.

“Was there a failing of ATO [Army Technical Officers] part and the police part?

“That is a serious issue – if we have experts to deal with situations and they are not able to deal with them.”

Mr Durkan added that “questions need to be asked and questions will be asked”.

He was also critical of those who left the device.

“These people have no regard for law and order and they have shown once again they have no regard for life, be it attacking police officers or in this instance forcing a member of the public to drive [a bomb) in a chilling incident that will bring back memories of the Troubles here,” he said.

“You have to think of the driver, he would have been shaken enough by the incident.”