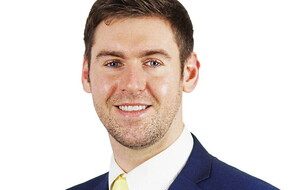 EDWIN Poots has been accused of avoiding "democratic scrutiny" after penalties imposed on farmers who break environmental rules were reduced without assembly approval.

Following the changes, repeated negligent penalties, which previously could be deemed intentional, will be capped in what Mr Poots said was a "much fairer approach to our hard-working farmers".

A statement from his department said the new regime was "more proportionate" and that penalties of up to 100 per cent would still apply "in the most serious of cases".

The move has been welcomed by the Ulster Farmers Union but criticised by environmentalists, while Alliance MLA Patrick Brown has described as "deeply concerning" the manner in which minister introduced the rule change.

Mr Poots instructed officials to make the changes using a mechanism known as a statutory rule.

According to the assembly, the rule is subject to a "negative resolution procedure".

"A rule that is subject to the negative procedure does not need to be voted on before it comes into operation," a statement from the assembly said.

"However, it can be annulled by resolution of the assembly within the statutory period."

Since May's election, ministers have made and laid 39 statutory rules which are subject to the negative resolution procedure and 16 that are subject to a confirmatory procedure.

"Such rules cease to have effect within a specified period provided for in the parent legislation unless approved by a resolution of the assembly within that time," the assembly said.

Mr Brown said the issue was not the use of statutory rules but rather the "accountability and scrutiny of caretaker ministers" and the lack of an assembly to ensure ministers are "not taking major decisions without adequate oversight".

"It is extremely concerning however, that a DUP minister is setting out new legislation that would have a clear benefit to one sector – farming – without democratic scrutiny of its impact," the South Down representative said.

"For example, will this rule, which reduces penalties for breaches of cross-compliance rules, lead to more negligent breaches by farmers on issues such as climate, public health and animal welfare?

"It is incredibly concerning that this is happening within the political vacuum that the Daera minister's party has created, and is yet another example of why we need the institutions back up and running again."

Friends of the Earth regional director James Orr said the agriculture and environment minister had failed to protect the latter.

"Even though our rivers and lakes are dying from persistent pollution this disgraceful law will make water quality worse, not better," he said.

"This minister is rewarding polluters to pollute even more. It is clear that only an independent environmental protection agency will sort out this mess."

A Daera statement said the changes were "in line with normal processes for subordinate legislation", including a consultation.

"This does not represent a weakening of environmental protection and it is wrong to characterise it as such," the statement said.