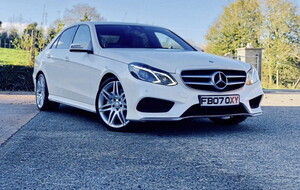 THE murder of Sean Fox in a popular social club in west Belfast is the latest gangland-style hit linked to the drugs trade in Belfast.

While it remained unclear last night who was responsible for the killing, it appeared to have been carried out with ruthless efficiency.

According to reports a two-man team walked into the social club and shot Mr Fox multiple times in the head and body.

In recent years several high profile killings have been carried out against people believed to be involved in the drugs trade.

In December 2018 Mr Fox's close associate Jim 'JD' Donegan was shot dead as he waited for his son outside a west Belfast school.

Mr Donegan is said to have been heavily involved in drugs.

The PSNI later blamed the INLA and Óglaigh na hÉireann, which are both on ceasefire.

Neither group ever claimed responsibility.

In December last year Mark Hall was shot dead as he visited his mother’s house in the St James’ area of west Belfast.

The previous June, his friend Warren Crossan was gunned down in the same area.

He has been linked to the murder of Dublin gangster Robbie Lawlor, who shot dead in Ardoyne in north Belfast as he collected a drug debt in April 2020.

While the exact reason why Mr Fox was targeted is not yet known it is almost certain it is because of alleged links to the drugs trade.

If paramilitary groups were involved they may chose not to claim responsibility as to do could draw unwanted attention from the PSNI and other agencies.

If the murder is gangland linked, which some sources suggest may the case, it joins a growing list of killings connected to the lucrative, yet deadly, drugs trade.