SDLP declines to confirm if partnership with Fianna Fáil is over 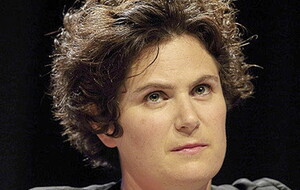 SDLP MP Claire Hanna was opposed to the partnership with Fianna Fáil. Picture by Cliff Donaldson

THE SDLP has declined to confirm that its partnership with Fianna Fáil is over – but many believe it never actually began.

Announced with a fanfare in January 2019, the cross-border link-up had been flagged well in advance, with senior figures in both sides keen to stress that it wasn't a merger.

However, the plan was immediately met with internal resistance with the then South Belfast MLA Claire Hanna voicing opposition to the move and resigning from her role as the party's Brexit spokesperson in protest.

Although claims that the relationship was stillborn were dismissed, little palpable has emerged from the link up in almost four years.

Figures in both parties point to the taoiseach's Shared Island Unit as evidence of the partnership's success.

It emerged earlier this year that Fianna Fáil's youth wing had passed a motion at its conference calling for an end to the partnership.

When asked about it in June, Fianna Fáil leader Micheál Martin was less than forthright but insisted the relationship between the two parties was "strong" and would continue.

But reports in the Belfast Telegraph of an SDLP extraordinary general meeting last weekend said leader Colum Eastwood told activists that in future the party would be "standing on its own two feet" – a statement seen by many as calling time on the partnership with Fianna Fáil.

When asked for a comment, an SDLP spokesperson said: "Hundreds of SDLP members met in Belfast at the weekend for a positive, and very successful, discussion about the party leadership’s proposals for organisational change. Members left with a renewed sense of mission and determination to change our society for the better.

“The SDLP is determined to create a social democratic new Ireland that meets the needs of all the people who share our island.

“We have worked intensively and constructively with Fianna Fáil over the last number of years to advance that goal and we are proud to have helped shape the priorities of the Shared Island Unit which is delivering on projects that bring our people closer together.

“We will continue to work closely with our friends in Fianna Fáil and with every party in the democratic tradition on this island that is determined to deliver a new Ireland for everyone.”

20mph zones ‘reduced casualties and collisions by 2% in Belfast'