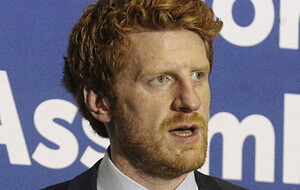 THE BRITISH government has been urged to make plans for an emergency budget in the absence of a Stormont executive.

The South Antrim MLA said the best way to address the cost of living crisis was to re-establish the executive but in the absence of a breakthrough the British government needed to "step in".

"Northern Ireland sits in a budgetary twilight zone, with nobody sure how monies are going to be distributed or spent, but with the certainty of increasing costs being endured by households across the country – this could turn into a tsunami of rising costs come the autumn," he said.

"With no executive in place, there is no facility to re-distribute monies between departments via monitoring rounds, hundreds of millions remain unspent and the UK government is having to find a workaround to make sure that the people of Northern Ireland receive the equivalent of the £400 Energy Bill Support Scheme."

The former UUP leader's remarks came as the SDLP – styling itself the official opposition – said it will beginning an "engagement and outreach programme", initially aimed at addressing the challenges presented by the cost of living crisis.

SDLP MLA and leader of the opposition Matthew O’Toole last week wrote to all Stormont ministers and permanent secretaries asking for urgent action on the rising cost of living.

“We are bringing together people who understand the severity of the crisis and who have experience and knowledge that can be applied to develop solutions," the South Belfast MLA said.

"Three months after people voted for change in May’s assembly election, they deserve much better than the deadlock and division that they’ve got at Stormont – we will provide a radical and robust new alternative."