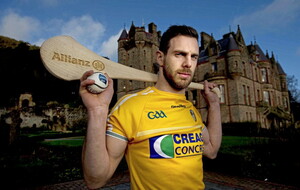 A CO Antrim GAA player has called for CPR training to be taught in schools after he came to the assistance of a man suffering a heart attack while on his way to work.

Hurler Neil McManus, who plays for Antrim and Cushendall club Ruairí Óg , revealed he had encountered the medical emergency on Friday morning.

Speaking to GAA reporter Jerome Quinn following a match on Friday evening against Newtownabbey side St Enda's, Mr McManus described how he fetched a defibrillator while another woman gave CPR to the man who appeared to have a heart attack in his vehicle.

"We were lucky there was a defibrillator at a shop nearby," he said, adding that the woman who stopped to assist was "equipped with CPR knowledge".

"She spent a few minutes with him bringing him around," he said, adding: "Thankfully the ambulance crew were there very quickly."

The hurler joked it was a "different morning than usual" compared to his normal commute and shared a story of how his own father had suffered a heart attack while playing golf and had his life saved by emergency responders after he made his way back home.

"With rural communities, it's very important that we are self-sufficient," he added, explaining how the woman who saved the man's life on Friday told him she had assisted in saving another person who suffered a cardiac emergency in the same area a fortnight before.

Mr McManus, who went on to score 1-15 in Friday's game, said many GAA clubs had "really bought into" the importance of having life-saving equipment on site.

"You will see defibrillators on a lot of walls around GAA premises," he said, adding: "Hopefully some day our government will see a little bit of sense and CRP training will be put on the national curriculum."