A POTENTIALLY deadly ‘jellyfish’ has been recorded for the first time in Northern Ireland.

The Portuguese man o’war specimen was found washed up on West Strand, Portrush on June 1 and has since been authenticated by officials from Stormont’s Department of Agriculture Environment and Rural Affairs (DAERA).

The jellyfish-like creature is capable of inflicting an extremely painful, and in rare cases fatal, sting.

The find was first posted on social media by a local open water swimming group.

Whilst resembling a jellyfish, the creature is actually a siphonophore, and is found mainly in tropical waters. It is a carnivore – feeding on small fish and shrimp.

The sea creature’s stinging tentacles can be up to 100 feet long, are easily fragmented and can remain active for several days when washed ashore which can prove bothersome for beach-goers.

The Portuguese man o’war can be identified by their balloon shape, bright purple/blue colour and frilled translucent ‘sail’.

A DAERA spokesperson said: “The best advice is to avoid contact with them; the stings will not penetrate a wetsuit but may cling to them.”

Stings can be identified as long, thin open wounds that resemble those caused by a whip.

Flushing the area with salt water helps remove any adherent tentacles whilst vinegar and hot water have been proven to provide some pain relief. 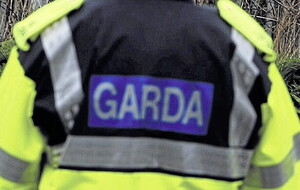