ON-CEASEFIRE republican group Óglaigh na hÉireann has threatened to target loyalist leadership figures if nationalists or republicans are attacked as part of their ongoing anti-protocol campaign.

The threat comes just weeks after the UVF and UDA were linked to several security alerts arising from tensions around the Northern Ireland Protocol - which puts a border down the Irish Sea.

In one incident the Republic's Foreign Affairs Minister Simon Coveney was forced to abandon a peace building event in north Belfast after a hoax security alert later blamed on the UVF.

At an Easter commemoration in Belfast yesterday masked and armed members of Óglaigh na hÉireann (ONH), which called a halt to its armed campaign in 2018, singled out loyalist leadership figures.

“We continue to monitor the activities of UVF and UDA in light of recent actions, and if loyalists target republican and nationalist communities, we will target loyalist leadership figures," the statement said.

The threat was issued during an Easter commemoration organised by Republican Network for Unity at Milltown Cemetery in Belfast.

The memorial event, which featured an all female colour party with their faces covered, was also addressed by a three masked republicans dressed in dark clothing.

A man who read a statement was flanked by a man who appeared to be armed.

The statement also said the group has taken "lethal action" against former members.

While no-one was identified ONH has been linked to several killings in recent years.

Kieran Wylie, who had previous links to ONH, was shot dead in west Belfast in 2020 while Danny McLean was gunned down in north Belfast in February last year.

The paramilitary group added it has also taken "lethal action" against drug dealers.

Again, while no-one was identified several alleged drug dealers have also been shot dead in Belfast in recent years.

Óglaigh na hÉireann emerged from a split with the Real IRA more than a decade ago.

Dr Dieter Reinisch, a researcher at the National University of Ireland in Galway who closely follows the dissident republican group, said he believed some of the weapons on display yesterday were "newly acquired".

"I understand that ONH acquired a significant amount of modern, automatic and semi-automatic weapons and their Easter statement indicates that they are willing to use them, not in offensive actions but in defence (actions) and retaliation," he said.

"Their statement acknowledging that they took "lethal action" against former members and drug dealers is also significant because, while not providing the names of those they targeted, it is the first statement that they took responsibility for armed action since their ceasefire announcement.

"At the same time, they reiterated that it was not the time for an armed campaign, and they called on other republican groups to cease their actions."

West Belfast SDLP councillor Brian Heading however condemned the ONH threat as "despicable" and said they had no support.

"Threats of violence, whether from loyalists or republicans, is not what people want, especially when members of both communities are in some cases trying to work out how to pay for next week's groceries," he said.

"All such despicable threats are to be condemned, while people need to also face up to the reality that the Protocol is a done deal. It may be improved in the future, but is here to stay." 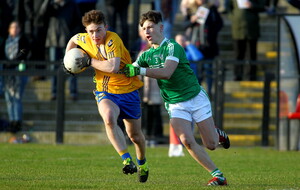