THE DUP have been accused by Sinn Féin and the SDLP of escalating a funding crisis within Invest NI through the collapse of the Executive.

It comes as the head of the Ignite NI initiative confirmed Invest NI can no longer fund its hugely successful business start-up programmes, prompting an outcry across the north’s burgeoning tech community.

Ignite chief executive Tristan Watson said the programmes had supported more than 100 firms over the past four years, with the participants going on to raise more than £50 million in funding.

Dr Phil McElnay, founder of successful medical training firm MedAll described it as “one of the worst decisions that could be made for the Northern Ireland economy”.

The Irish News revealed on Tuesday that uncertainty over Invest NI’s future budget prompted it to act on advice from the Department for the Economy (DfE) in December and suspend new offers of support to businesses.

Initially due to last until mid-January, the economic support agency confirmed yesterday that the freeze remains in place “whilst we await clarification on our potential 2022/23 budget allocation”.

London’s new Shared Prosperity Fund is supposed to fill those gaps. But concern remains that the new London-controlled funding streams will not align with the old.

That was demonstrated in November, when the Department for Levelling Up rejected two Invest NI bids for financial support from the UK Community Renewal Fund, set up as an interim replacement for EU funding.

The Irish News also revealed on Tuesday that Invest NI’s operations were significantly disrupted last year when hundreds of staff were diverted from their normal duties to help shift the backlog of 160,000 unverified applications for DfE’s Spend Local scheme.

The funding crisis looks set to cause further disruption. Invest NI’s board heard in December that the suspension of new business offers “may likely have an impact on targets, in-year budget spend, and company engagement, depending on how long the pause lasts for”.

His findings are unlikely to be published until at least September 2022.

The SDLP’s economy spokesperson Matthew O’Toole said yesterday: "It is clear that Invest NI is in crisis.

“It is equally clear that the DUP, which has dominated the strategy of Invest NI for a decade and a half, is responsible for the crisis.”

He said the inward investment and business support agency had been “crippled” by the resignation of Paul Givan and the loss of EU funding due to Brexit.

Sinn Féin’s chair of the economy committee, Caoimhe Archibald, echoed those sentiments and again blamed a combination of Brexit and the DUP’s walk-out from the executive.

"The DUP cannot deflect from the role it has played in putting investment and job creation in jeopardy both through their failed Brexit strategy and now in collapsing the executive and preventing a budget being agreed for the next financial year."

It’s understood the freeze on new business offers won’t impact grants that have already been signed off and the DUP’s economy minister Gordon Lyons told the Assembly on Tuesday that businesses would continue to be supported in 2022.

“Owing to the uncertainty around our budget, however, there will have to be decisions taken that have not already been agreed on help for new businesses,” he said.

"If Conor Murphy's proposals were implemented [Invest NI] would have to lay off staff, close global offices and would quickly be reduced to offering companies writing pads and pens rather than practical help.

"The draft budget is not just bad for the economy but bad for Northern Ireland as a whole. It would see £90m stripped from the schools budget and police numbers reduced by as much as 1,000.

"Little wonder therefore that Sinn Fein's budget was not supported by any other party within the Executive." 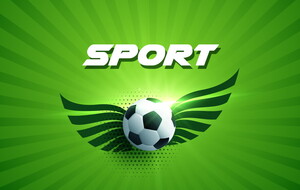