THE ELECTORAL Commission has been urged to launch a fresh probe into spending by the shadowy pro-union group that donated nearly half-a-million pounds to the DUP during the EU referendum campaign.

The call from Jolyon Maugham QC of campaign group the Good Law Project comes in the wake of a High Court ruling that found the election watchdog misinterpreted EU referendum spending laws, which allowed Vote Leave to break them.

The Good Law Project has launched a crowdfunding initiative to cover legal costs and written to the Electoral Commission outlining what it argues is the basis for investigating the Constitutional Research Council (CRC), the group that made a £435,000 donation to the DUP during the EU referendum campaign.

The bulk of the 'dark money' was spent on advertising in The Metro newspaper, which circulated mostly in London and isn't available in Northern Ireland.

Because the donation was made to a Northern Ireland party before July 2017, details around it remain secret, including details on where the CRC sourced its own donations.

Earlier this year, a BBC Spotlight found that the same people who donated the money for the DUP to spend on the 'Vote to Leave' newspaper ads controlled how the donation was spent. The same investigation reported that the advertising in The Metro was arranged directly by CRC chairman Richard Cook, rather than members of the DUP.

The Electoral Commission said last month that it did not have grounds to open an investigation the DUP transactions in the run-up to the June 2016 referendum.

"We believe, following Friday's High Court ruling, that this means that the £282,000 is a qualifying expense by the CRC," he said.

"The money was spent during the referendum period and was self-evidently spent in connection with promoting a ‘leave’ outcome – if this is right the CRC would have had an obligation to try and register with the Electoral Commission as a permitted participant."

Mr Maugham described the DUP as a "willing patsy" in the channelling of "secret funds" to the Leave campaign.

"Whether feathering their own nests or corrupting democracy in this way, sunlight is the best disinfectant and people have a right to know who is behind the practices and money that flowed through the DUP to influence a vote that is wreaking havoc on relationships and the economy here," she said. 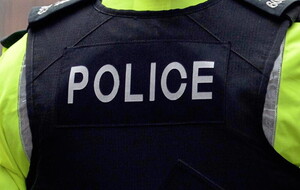