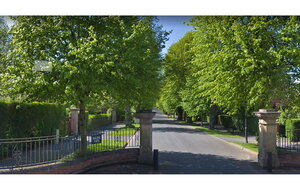 Residents of Belfast’s most exclusive street have said a decision by the council to allow the demolition of a house signals the “death-knell” of conservation in the area.

A decision by the Belfast City Council Planning Committee this week to allow the demolition of an existing dwelling for replacement with a three storey detached dwelling and garage at Malone Park – seen by many as Belfast’s millionaires’ row – is the second time in three months the council has approved demolition/renovation work in the Malone Park Conservation area, against significant local protest.

In this case, eight votes from Sinn Féin, the DUP and the PUP carried through the application for the demolition and new build at 28 Malone Park, against five votes from Alliance, the Green Party, the SDLP and People Before Profit, who sided with the Malone Park Residents Association.

In May the council approved an extension and renovation at 24 Malone Park, despite warnings from residents about the effect upon the conservation area. The residents association argued the application contravened planning policy on new building coverage, which does not allow development of more than one and a half times that of the original dwelling. Objectors and council officers disagreed on the amount of space being added, and the plan was recommended to elected members.

The even more ambitious application at 28 Malone Park was recommended for approval by council officers. It involves a full demolition of the existing dwelling and erection of a three storey detached dwelling with a basement, garage and landscaping to the front and rear.

Nine letters of objection were received by the council to date, including three representations on behalf of Malone Park Residents Association. Three of the letters were from doctors living in three separate addresses in Myrtlefield Park, another exclusive street running parallel to Malone Park.

The objections involve concerns about destabilisation and damage to adjoining properties from excavation and construction; loss of privacy, light, overshadowing, and a perceived dominating impact on neighbouring properties; the adverse impact upon the setting of the listed building, and concerns the application does not preserve or enhance the Malone Conservation Area.

In 2016 councillors rejected a demolition application at the same address, and an appeal against the decision was rejected by the Planning Appeals commissioner.

All the relevant Stormont departments, NI Water, Belfast City Council Environmental Health, Trees and Landscaping sections were all consulted and offered no objection to the latest proposal. However, the council’s Conservation Officer objected, stating the existing building makes a material contribution to the conservation area.

Planning consultant Michael Worthington, speaking on behalf of the Malone Park Residents Association, told the Planning Committee this week: “This application represents a pivotal point in time not only for this conservation area but for all conservation areas in Belfast. The council’s Conservation Officer, the Planning Appeals Commission all agree that number 28 makes a positive contribution to the character of the area, and hence the policy presumption against complete demolition.”

Dr Brendan Austin, neighbour at Malone Park, said: “There can be no doubt that the case for demolition, which has been rejected twice by planning services and once on appeal, has not altered one iota. The proposal for the replacement building is without significant change and grossly violates the strongly worded design guidelines intended to protect the defining character of the special conservation area.”

He added: “Should Belfast City Council ratify this, they would be responsible for the sounding of the death-knell of the Malone Park, Adelaide Park Conservation Area. The enormous precedent arising from such an act will announce an open season for property development in the conservation area. We will see a slow and inexorable degradation of the cherished environment our city should be proud of.”

A council officer told the committee: “Surveyors referred to the physical condition of the building, and by all accounts, according to the evidence, the existing building is subject to severe dry rot. Some of the evidence indicates that it would only be the outer walls that could be retained, and possibly not all the outer walls.”

He added: “There are issues of viability, costs would be £700,000 to renovate the building, and that was five years ago. Costs have clearly increased since then, and it will not have improved.”

The council report states: “In the case of the new application, the footprint of the proposed replacement dwelling has been reduced, there is greater distance to the boundaries and a new landscaping plan has been provided which shows retention of existing tree coverage, particularly the trees along the boundary with No. 30 Malone Park next door.

“It is considered that landscaping would remain dominant having regard to the Malone Park and Adelaide Park Conservation Guide. The existing dwelling makes only a modest positive contribution to the character and appearance of the area and is in poor condition. It is considered that the proposed replacement dwelling is well designed.

“The character and appearance of the Malone Park Conservation Area would be enhanced. Officers consider that the grounds for dismissal of the previous appeal have been addressed and that the proposal complies with policy.”