Muckamore resident, Margaret McKee,whose house has been flooded at the weekend. Picture by Ann McManus.

A MONTH'S worth of rainfall on Saturday wreaked havoc across Northern Ireland with severe flooding in homes and travel chaos.

Residents in Co Antrim was among those worst hit as floodwater and raw sewage seeped into their living rooms and cars.

Electricity supplies were affected while motorists were advised to avoid part of the main A1 Belfast to Dublin road after flooding caused treacherous driving conditions and tailbacks.

A mudslide led to a road closure in Crumlin and part of main route to the International Airport in Belfast was also closed - as the Met Office said an "incredible" 88.2mm of rainfall was recorded.

Such was the scale of the damage that a governement-funded flood Relief Scheme was triggered, with £1,000 offered to eligible domestic home owners.

Those wishing to apply for compensation were yesterday urged to contact their local council.

If your property has been damaged during the recent flooding and you have been forced to leave it, you may be entitled to some help with rates.
To find out more details visit https://t.co/N8NUM0h0vn pic.twitter.com/QHANgZIFfR

Many flights were cancelled while the appalling conditions also led to the annual Armoy road races in Co Antrim being abandoned.

The Northern Ireland Fire and Rescue Service said they were called out to deal with flooded properties and roads, including the Devenish complex in west Belfast.

Traffic was crawling at a snail's pace through serious flooding on the main Belfast to Newry Road at Dromore on Saturday afternoon.

More than 11,000 homes lost power in Ballyclare, Co Antrim following a lightening strike shortly before 4pm, while some properties in Derry were also without electricity for a period.

Some pensioners were forced to leave their homes in Muckmore village in Co Antrim.

Florence Allison said that at one stage there was more than a foot of water and sewage at her front door.

"The carpets and all the flooring downstairs is ruined," she told the BBC.

"My car was parked in the garage and it had seeped up through the doors. So you can imagine the height that it was in the garage when it actually went into the car.

"It's just heartbreaking because you try and keep your house in good order.

"It's just terrible and it's not only myself, there's other neighbours as well. I feel for them all."

Parts of Co Armagh also suffered severe damage, with one Lurgan man saying he and his neighbours were 'stranded' as people were forced to abandon their cars.

"Nobody could get in or out. Your only option was to walk through the water, which was knee deep," said Terry Mallon.

"The water was stinking - the storm drains overflowed so there was raw sewage and rubbish everywhere."

An amber warning of rain and thunder covered every county of Northern Ireland except Fermanagh, the Met Office said. 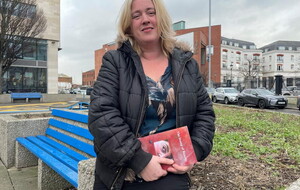 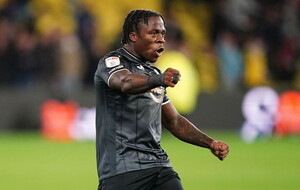