Brian Phelan, a 33-year-old father of two, was stabbed to death near Newry on Thursday

THERE were angry scenes in Newry after a man appeared in court charged with the murder of Brian Phelan, who was stabbed to death on Thursday.

The ex partner of Brian Phelan launched herself onto the bonnet of the police vehicle taking his alleged killer to prison.

Amanda O'Riordan, the mother of Mr Phelan's two children, was removed by police officers after she jumped on a police vehicle carrying Daniel Carroll outside the court.

Anger also erupted inside Newry Courthouse as Carroll (27), of Edward Street in Portadown, Co Armagh made his appearance in the dock.

District Judge Eamonn King intervened to warn that he would clear the court if there were any further interruptions.

"Please allow justice to be done here," he added.

There was no application for bail and the defendant was remanded in custody to re-appear via video link on August 8.

Brian Phelan, a 33-year-old father of two, was stabbed to death near Newry on Thursday

Mr Phelan, a 33-year-old father of two from Bessbrook, died at the scene after being stabbed on the Carrivekeeney Road, on the outskirts of Newry.

On Friday, police probing the murder recovered a blue Peugeot 206 they believed was involved.

Mr Phelan's funeral Mass will be celebrated tomorrow at 11am in St Peter and St Paul's Church in Bessbrook, followed by burial in the adjoining cemetery.

There were angry scenes outside the court as Amanda O'Riordan, the mother of Brian Phelan's children, threw herself onto the police vehicle carrying Daniel Carroll. Picture by Newraypics.com
Police carry out a search after the fatal stabbing of Brian Phelan on the Carrivekeeney Road outside Newry. Picture by Matt Bohill 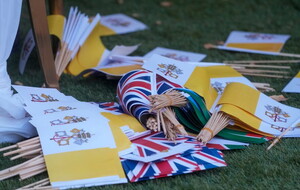