Alongside David O'Connell the then 'Chief of Staff' of the Provisional IRA and inventor of the car bomb Martin McGuinness showing what were claimed to be security forces intelligence pictures of suspects at what was then described in 1971 in Derry's Bogside as a provisional IRA press conference.

McGuinness later confirmed to The Bloody Sunday Inquiry that he was 2nd in command of the provisional IRA in the city on the day of the civil rights march that ended with the shooting in which 14 people died.  Picture by Alan Lewis - PhotopressBelfast.co.uk

Lord Tebbit described Martin McGuinness as a "coward", who posed as a man of peace once he knew the IRA was beaten.

Lord Tebbit survived the Brighton bombing during the Conservative Party conference, in which five people were killed and 34 were injured. His wife Margaret was paralysed.

He said he was pleased to see the back of the former IRA Commander-turned-politician.

Lord Tebbit branded Martin McGuinness a "coward", who posed as a man of peace once he knew the IRA was beaten.

He said: "The world is a sweeter and cleaner place now."

"He knew that the IRA were defeated because British intelligence had penetrated right the way up to the Army Council and that the end was coming.

"He then sought to save his own skin and he knew that it was likely he would be charged before long with several murders which he had personally committed and he decided that the only thing to do was to opt for peace.

"He claimed to be a Roman Catholic.

"I hope that his beliefs turn out to be true and he'll be parked in a particularly hot and unpleasant corner of hell for the rest of eternity."

The 1984 Brighton bombing of the Grand Hotel in the middle of the night killed five and left many injured.

Lord Tebbit said he refused to forgive Mr McGuinness for his terrorist past because "forgiveness requires confession of sins and repentance".

"There was none of that," he added.

But Jo Berry, the daughter of Conservative MP Sir Anthony Berry who was killed in the Brighton bombing, said Martin McGuinness should be remembered for his efforts to build peace.

She told the Press Association: "Today is a day to really appreciate what (McGuinness) has achieved.

Tebbit not speaking for all, I value Martin McGuinness as inspiring example of peace and reconciliation. I lost my Dad in Brighton Bomb @GMB

"His legacy is one of reconciliation and peace-building, which is always going to be messy and difficult after a conflict and despite that, he showed us how to move forward and showed us a way where former enemies can work together for the peace of the whole.

Ms Berry has reconciled with Patrick Magee, the man who "planted the bomb that killed my father", through her charity Building Bridges for Peace.

The two met in 2000 following Magee's release from prison, which led to him apologising for the killing.

She earlier tweeted a response to Lord Tebbit's interview with Good Morning Britain: "Tebbit not speaking for all, I value Martin McGuiness as an inspiring example of peace and reconciliation. I lost my Dad in Brighton Bomb GMB"

But she explained the post was "not meant to judge", saying: "Firstly, I really understand his reaction. If I had more space on Twitter, I would have said that. It was not meant to judge him at all.

"I wanted to talk about how far Northern Ireland has moved on. (Martin McGuinness') legacy of reconciliation will live on.

"He lived and worked with former enemies and for that I admire him." 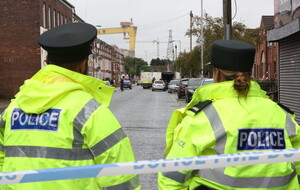 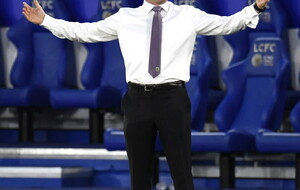