RELATIVES of victims of the McGurk’s Bar bomb say they have made a “ground-breaking discovery” which proves the British Army knew the UVF attack was not an IRA 'own goal'.

Fifteen Catholic men, women and children died when the loyalist bomb exploded at the north Queen Street bar in December 1971.

In the hours after the attack the security forces blamed the IRA, a claim that later proved to be untrue.

Now a previously unseen document uncovered by researcher Ciarán MacAirt, who runs the Paper Trail charity, reveals that the British Army knew the bomb was placed at the entrance of the bar as opposed to inside it, as was originally claimed.

Documents previously seen by Mr MacAirt also showed that the official version of events centred on the false narrative that an IRA bomb was being prepared in the bar before it detonated prematurely.

Those papers include an RUC duty officer’s report dated on the morning after the bomb which claimed that before the explosion a man entered the bar with the bomb “presumably to be picked up by a known member of the Provisional IRA”.

“The bomb was intended for use on other premises,” the RUC report said.

“Before the ‘pick-up’ was made the bomb exploded.”

The existence of the log sheet was uncovered by Mr MacAirt, whose grandmother Kitty Irvine was killed in the blast, during a trawl of British Army documents.

He originally requested the log sheet under the Freedom of Information Act but was refused.

However, a heavily redacted version of the document was eventually released after the independent First Tier Tribunal (FTT) ordered authorities hand it over.

It said: “ATO is convinced bomb was placed in the entrance way on the ground floor. The area is cratered and clearly was the seat of the explosion.

The information is also listed as “Not for PR”, which is believed to mean it was not to be made public.

The document also reveals that the information was passed to someone at the British army’s 39th Brigade, which at the time was headed by General Frank Kitson.

In 2011 a Police Ombudsman investigation found that there had been an "investigative bias" on the part of the RUC during the McGurk’s Bar probe.

The ombudsman concluded that detectives had failed to properly probe loyalist paramilitary involvement because they focused on a theory that republicans were responsible.

However, relatives were angered when the PSNI's Historical Enquiries Team later produced a report claiming there was no evidence of bias.

They launched a legal challenge to that report.

Mr MacAirt, who wrote The McGurk’s Bar Bombing, Collusion, Cover-Up and a Campaign for Truth, said the document was “yet another ground-breaking discovery which casts a cold light upon the lies which the police and state manufactured in the aftermath of the bombing”.

Mr McAirt revealed he will now return to the FTT with the help of KRW Law in a bid to gain access to the redacted information.

Robert McClenaghan, whose 73-year-old grandfather Phillip Garry was killed, said the discovery of the document vindicates the campaign for truth led by families.

“At last after 45 years of campaigning the families have finally got the proof, first of the innocence of our loved ones and the guilt of the establishment in the murder of our loved ones,” he said.

“Why did the chief constable, Historical Enquiries Team or the PSNI investigation not uncover this evidence?” 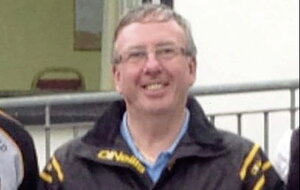