Rapper Pa Salieu has questioned why his criminal conviction prevents him from performing at the Commonwealth Games closing ceremony.

A statement from the 24-year-old musician’s management said “no human common sense” had been involved in the decision to cut his performance from the Birmingham 2022 event with less than a week to go.

Salieu, who was named by the BBC as its Sound Of 2021 artist, said on Tuesday that he had been cut from the programme due to a “failed background check”.

He was acquitted in March of engaging in violent disorder during a mass brawl in which his friend Fidel Glasgow, the grandson of Specials singer Neville Staple, was stabbed to death.

However, Salieu was convicted of possessing a bottle as an offensive weapon and had previously admitted a second count of violent disorder relating to an attack on a man shortly after the brawl.

The Coventry-based artist is yet to be sentenced.

Salieu’s management said in a statement to the PA news agency: “Although born in the UK, Gambian Pa Salieu (who has indefinite leave to remain) does not have the documentation needed to apply for a visa to travel in most parts of the world and the Home Office will not issue this until his court case is concluded, already causing huge disruption to his career.

“His trial for the incident in 2018 ended in March and he was originally due to be sentenced a month later, however the courts keep moving the date, often with less than 24 hours notice.

“This date has changed four times already, with the latest date now being set as the 2nd December.”

His management said this had forced the rapper to cancel a year of international commitments.

“The frustration with the Commonwealth Games comes from the fact that no human common sense has been used here,” they added.

“What does a Home Office issue have to do with his ability to perform in a celebration?”

The statement also stressed that Salieu is “very outspoken about his former life” and has “consistently tried to use his career as an inspiration for others from similar underprivileged backgrounds” while also taking part in social initiatives including supporting youth centres and speaking at young offenders institutes.

They added that “having to put your whole life and career on hold while you’re awaiting a sentencing date which is being unreasonably prolonged is unacceptable”, especially given “this is a system which is supposed to encourage reformation”.

However, a spokesperson for the Home Office said the department does not play a role in background checks for the Commonwealth Games.

A spokeswoman for Birmingham 2022 added: “Everyone involved in the Games goes through the same accreditation process including our volunteers, performers, athletes, contractors and workforce.

“We cannot comment on individual accreditation applications. This process facilitates the delivery of the Games.”

It comes after Salieu shared video footage from rehearsals of his Games performance on Instagram on Tuesday, before announcing it had been scrapped.

He wrote: “Yesterday I received a call to say that I’m being removed from the show because I ‘failed a background check’.

“I can’t keep being silent about this stuff.”

Salieu was born in Slough, Berkshire, but moved to The Gambia in west Africa as an infant. He returned to the UK at the age of eight and lived in Hillfields, a suburb of Coventry, which inspired his 2020 song Frontline.

The Home Office and Commonwealth Games have been contacted for comment. 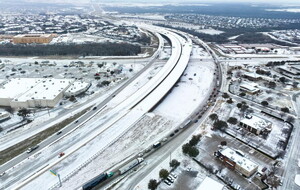 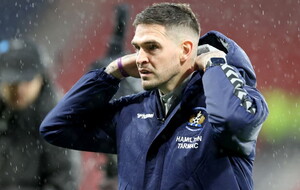