Ask the GP: How 10 minutes in the sun could ease itchy skin 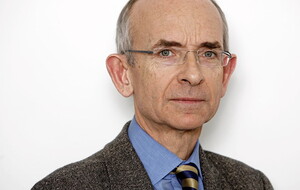 Q: MY SISTER has huge red raised patches of skin across her body, including on the top of her legs. She says the itching is unbearable. Her doctor mentioned guttate psoriasis and suggested applying E45 cream. She is 78 and has had a lot of stress. Your advice would be appreciated.

A: GUTTATE PSORIASIS is a skin complaint usually triggered by a bacterial infection such as strep throat or a sinus infection, but some people are also more genetically prone to it.

Within weeks of the infection, numerous red spots, usually between 2mm and 15mm in size, suddenly emerge on the trunk and upper areas of the arms and legs and, at times, the face, hands and feet. In some cases these patches can be itchy.

Guttate psoriasis is the result of the immune response, which had been fighting the infection, mistakenly turning its attention to the skin. Stress may also play a part.

In about 60 per cent of cases, guttate psoriasis clears spontaneously within weeks or months.

However, in around a third of cases, it leads to chronic plaque psoriasis, which typically causes larger patches of scaly, itchy, raised skin due to an overproduction of skin cells. This is also triggered by an overreaction of the immune system.

Plaque psoriasis does have a strong genetic element. You say in your longer letter that you have this particular form, and I suspect that your sister may therefore have this, too.

E45 is an emollient - a medical moisturiser that can help calm the skin but doesn't tackle the cause of the symptoms. However, corticosteroids (applied as a cream or ointment) or calcipotriol, an ointment derived from vitamin D, can help reduce the underlying inflammation of both guttate psoriasis and plaque psoriasis.

There is also a combination topical medication containing the steroid betamethasone and calcipotriol, called Dovobet, which studies have confirmed is highly effective.

The difficulty with this type of treatment is that the rash tends to be widely distributed over the body, making daily applications relatively impractical.

An alternative treatment is phototherapy, which involves exposing skin to a specific wavelength of ultraviolet light that slows down the turnover of skin cells. However, that will require a referral to a specialised dermatology unit from your GP.

If they're unable to help, then cautious exposure to the sun at midday for a maximum of 10 minutes could bring about significant improvement, but it is essential that your sister does not stay out for any longer than this to avoid burning. Using sun protection creams would block the beneficial UVB light.

If your sister is showing no signs of improvement, another visit to the GP is called for.

Q: IN RECENT years, if I get water in my ear when showering I end up with a smelly, yellow discharge. Ofloxacin drops clear the infection but I want to know what is triggering this.

A: YOU SAY in your longer letter that the problems with your ear extend back 50 years to an infection which ultimately required surgery.

There are two features in your history that point me towards a probable diagnosis. The first is that if water gets into your ear an infection is likely to follow, and the second is that you mentioned that you also have a perforated eardrum.

My thinking is that you have silent mastoiditis, a chronic infection of the mastoid air cells, which causes only occasional symptoms.

The mastoid bone (the area of the skull immediately behind the ear) has a spongy honeycomb structure made up of mastoid air cells - small cavities containing air that protect the ear and regulate pressure within the middle ear.

Normally a small perforation of the eardrum will heal, but not when there's continuing infection in the middle ear cavity or the mastoid air cells.

In that case, water in the ear will pass through the perforation and cause a flare-up of any low-grade infection in the mastoid (left over from that original infection 50 years ago).

There are no eardrops for this kind of infection which is why Ofloxacin eye drops are used. These contain a potent antibiotic that suppresses the infection when it occurs, but it is insufficient to fully penetrate the sponge-like mastoid air cells and so the low-grade infection has never been fully eradicated.

I suggest that you raise your medical history with your new doctor, as you say you have just moved, and seek referral to an ear specialist.

The most likely outcome is that you will be referred for a CT scan of the mastoid bone to confirm or rule out silent chronic mastoiditis.

If my suggested diagnosis is correct, you may need further surgery. It is possible that the operation years ago was not sufficiently radical to remove all of the infected bone. I hope this helps.

When does stress become burnout – and what can you do about it?

Our mighty mini muscles: The ciliary muscle in the eye

Gout is on the rise - so why do so few patients get treatment they need?