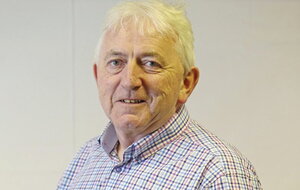 LEGEND tells us that the thistle was elevated to the significant position of national emblem of Scotland after its presence alerted sleeping Scottish warriors of an imminent attack by Norwegian invaders in 1263.

The Norsemen, having landed at Largs on the north Ayrshire coast, removed their footwear while moving secretly in the dark of night towards the Scots. Advancing quietly one of them stood on a spiny thistle, shrieked out in pain, and alarmed the resting Clansmen, enabling them to assemble quickly and repel the intruders.

The thistle first appeared on coins issued by the Scottish King James III in 1470 with the Latin motto 'Nemo me impune lacessit' - 'No-one harms me with impunity' - also placed on later coinage and alongside the flower's image on other emblem pieces for Scotland.

The thistle's link to Scotland came to me as I encountered the plant on a local laneway, admiring what John Clare describes as, its "ruddy flowers... resting on the wayside stones".

As with our Celtic neighbours, this prickly flower of waste ground and roadsides is also found in Irish folktales and legends. Although considered a weed by most, the various species of thistle were also believed to be a sign of good land.

Vickery (Dictionary of Plant Lore, 1995) recounts the story of a blind man planning to buy a farm, telling his son to tie their horse to a thistle. When the son tells him he can't see any, the old man says, "We'll go home so, I won't buy this land, it's too poor and bad".

The common spear thistles, Cirsium vulgare, on the roadside displayed their deep purple flowerheads and prickly bracts underneath, supported by tall spiny winged stem and spear shaped leaves. The flowers, so valued by many winged insects will soon ripen to seed, much sought after by our colourful goldfinches before soft, thin threads of thistledown help disperse remaining seeds on gentle breezes to pastures new.

Seed production can be as high as several thousand per plant. These downy airborne parcels, sometimes called 'jinnyjoes', were often chased by children attempting to catch them. This prickliest of plants, one of many species found here, is given the fitting Irish name Feochadán colgach, bristling or angry thistle.

In ancient Ireland, the warrior Oisín, also a great poet and bard, was known for his many talents. Son of Fionn MacCumhaill, translations of the early texts by Lady Gregory, Gods and Fighting Men (1904) and Cuchulain of Muirthemne (1902), tell us he could "overtake a deer at its greatest speed, and see a thistle thorn on the darkest night".

Throughout the centuries in Ireland thistles have been used for veterinary and other purposes. Peter Wyse Jackson in Ireland's Generous Nature (2014) notes from Allen and Hatfield (2004) that thistles were used in a remedy to stop bleeding in cattle and horses in Limerick, while Rutty in a paper on the natural history of Dublin in 1772, wrote, "The Down of Cirsium vulgare which it yields in great plenty, may be used for stuffing pillows".

Although the thistle is viewed by many as a troublesome weed, it has strong cultural significance in many countries across the world and plays an important role in our plant and animal ecology.

"Though often wounded in the legs and hands," says Clare, "I love the warrior thistle where it stands."

As I stepped out and back from the world of thistle lore and legend, I looked around at the other roadside plants keeping close company, the waning flowers of loosestrife, meadowsweet and bird's foot trefoil, all hinting summer's work is almost done.