I was recently invited to a unique event which turned out to be a little jewel in Belfast's crown. We do things well here - care and consideration, attention to detail and superb content.

And so it was at Holy Family Church on the Limestone Road earlier this month. A small audience was delighted to hear five poems by the late Pádraic Fiacc set to the especially crafted music of composer and organist Liam Friel, each sung by soprano Sheelagh Greer, accompanied by clarinetist Gillian McCutcheon and pianist Ruth McGinley.

Fiacc's verse is fascinating, as was the man himself. I met him 10 years before his death in 2019. I recall he had a beguiling smile and a twinkle in his eye.

He told me of the time he and his mother and brothers arrived in New York to join his father - times were hard, lives were devastated in 1929 with the Wall Street Crash and the resulting Great Depression.

"It was a terrible time," he said, "people were committing suicide, many were jumping from windows and when we had to let our maid Blanche go, she took her own life."

Although it was considered a great honour that he was robbed by Legs Diamond, his father sank into a deep depression and began drinking but the boy spoke of his mother in loving and lyrical words: "I only knew the beauty of this woman and fragrance of her perfume as she bent over to kiss me goodnight."

Much of the responsibility fell on his young shoulders but he kept up with his school work and began winning prizes for his poems, many of them published. He graduated in 1941 with the 'best citizen' award.

In those days he was Patrick Joseph O'Connor but after a life of adventure he became the much respected poet Pádraic Fiacc, meaning 'raven', reflecting his love of nature and especially birds.

Liam introduced each piece beginning with The Boy And The Geese, the poet's self-analysis, with Ruth McGinley skilfully reflecting the flight of the birds on piano, at other times Gillian McCutcheon teased her clarinet into bird song.

The swans rise up with their wings in day

And they fly to the sky like the clouds away.

Yet with all their beauty and grace and might

I would rather have geese for their less-smooth flight.

I would rather have geese for they're ugly like me

And because they are ugly, as ugly can be

I would rather have geese for their mystery.

I remember the old man playing the saw at the City Hall so Man Alive brought back memories. The poem tells of a one-legged musician who has nothing to see, nothing to say, but is content in his own world making music with a saw and a bow.

As she sang the words, Sheelagh Greer's voice seemed to catch the colours of the stained glass window as it soared to the high roof of Holy Family. The poem ends:

I, the blind, the dumb, the crippled beggarman

And I am here

Everyday I hear a cry of despair

A voice of the defeated

As they drop pennies into my cap.

Everyday I hear my own self

It's not fair to pick verses here and there, as each poem flows, building to the end point, but I hope this will introduce you to the language of Fiacc if you don't already know of it.

I am glad to say it's hoped to stage this recital again when Covid allows.

Halfway through the 50-minute programme, Liam introduced Alive Alive O, which shows the poet's sense of humour, maybe even his own experience.

"The weighty funeral ceremony for an unknown man, being celebrated by the stern priest," says Liam, adding: "With the playful antics of an altar boy who disappears and playfully explores the world by climbing an apple tree.

"Tenth Century Invasion brings the reader back to the great monastic scribes copying the gospels into masterful manuscripts, also writing more spontaneous scribblings in the margins."

Bells ring throughout the book

At the bottom of the lough

Gold running over the

From the song written in

The shaft of the sun

In the moment on the

Never to be sung

Much of Fiacc's later work concerns the Troubles. In his book Sea: Sixty Years of Poetry, selected by Michael McKernon, in the section Conflict, such titles as Elegy For A 'Fenian Get', More Terrorists, Enemy. Encounter, The British Connection, and Victory On Ship Street:

For our very own corner

To death as witches!

His friend - and the custodian of his writings - McKernon has commented: "People have said Fiacc saw an opportunity for self-aggrandisement and self-promotion when he wrote poems about the Troubles but those critics missed the sensitive, empathetic heart of Pádraic Fiacc with people undergoing trauma.

"He had empathy for soldiers and for civilians, for policemen, for everyone who was heard."

He added: "He wrote the biggest body of work about the conflict and suffered the traumatic situation of being ostracised by the official arts scene, although he had a group of close friends who supported him."

At the moment Michael is writing Fiacc's life story and it will be well worth the reading as is his selection of the poet's work in the book Sea, published by Multimedia Heritage Press. 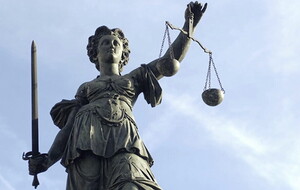