As the darkly comedic Slow Horses returns to Apple TV+ for a second series, Danielle de Wolfe learns of Cold War antics and espionage from Gary Oldman It would be hard to dispute the fact Gary Oldman has become something of a silver-screen icon... 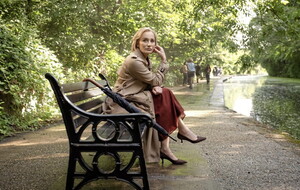 A CAREER which began exactly four decades ago on the set of Royal Naval drama Remembrance, the Academy Award-winning Darkest Hour and The Dark Knight actor has since accrued a staggering 100 award nominations for his hypnotic on-screen performances.

Based on Mick Herron's thrilling Slough House novels, Lamb's team of hapless heroes find themselves in a race to contain Cold War secrets this time around. Based on Dead Lions, the second book in the acclaimed series, we speak with Oldman to discover more about his latest darkly humorous offering.

SERIES ONE AND TWO WERE FILMED BACK-TO-BACK, DOES IT FEEL AS THOUGH YOU NEVER LEFT?

It all sort of melts – time just melts into one. Then you come back and you're in the make-up chair and I look over and there's Saskia putting on her wig and you go, ‘Oh hello, hiya' and it was like we were literally here just a couple of days ago.

IT MUST BE ENJOYABLE TO REALLY EXPLORE WHO A CHARACTER IS BEYOND ONE SERIES?

You get to know who the character is. When you first come in, you're working with a whole team for the first time. So, it's like wearing in a pair of new shoes. You come back and they're older, they're more comfortable, it's all just more familiar. Coming back was a real joy and it was a delight to see all the old faces. It becomes like a family. It's fun following these characters. It's very humorous, you're allowed to laugh.

SO, WHERE DOES SLOW HORSES PICK UP IN SERIES TWO?

Two of the Slow Horses have been asked to watch a Russian oligarch that MI5 have got their eye on. While that is going on, an old spy from the Cold War — and someone Lamb knew in Berlin — is found dead on a bus, presumably from a heart attack. However, he's very far afield and in a location that sparks something in Lamb who suspects foul play.

HAS JACKSON LAMB REMAINED THE CHARACTER WE KNOW AND LOVE?

He is still sort of irascible, and his usual self. This season, you see a little more of the Jackson who was the spy back in the day… you really do get a sense of what Jackson was like in his younger days, when he was an agent in the field.

SO IT'S SAFE TO SAY LAMB'S PASSION FOR THE JOB HAS BEEN REIGNITED?

Yeah. Well, we know [series 2] begins with the death of Dickie Bow, who is a Cold War spy, one of ours. And he is sort of mysteriously found on this bus, outside of Oxford, miles away from where he works or lives and has supposedly died of a heart attack.

DOES THE DEATH RING ALARM BELLS FOR HIM?

Lamb has a suspicion that it was more sinister than that. And he then recruits – gathers – his losers and gets them out there to investigate. But he knew Dickie Bow, and Dickie Bow was a ‘Joe'. And that's I think, initially, what motivates him. A sense of loyalty – and that he's one of your own. He was one of ours.

DOES MICK HERON EVER OFFER INSIGHTS INTO HIS CHARACTERS?

Lamb is still very much a mystery. We had a conversation recently with Mick Herron, the writer of the books, when he came to the set for a visit. Originally, Lamb was not going to be a major character. Lamb was going to be someone who was up on a top floor, someone people only referred to and talked about, but you never saw. He was writing a scene, Lamb appears, he started writing, and thought, ‘This is a really interesting, fascinating character and now that I've opened this can of worms, I'm not going back.'

I think he realised the fun that he could have with Lamb. But he doesn't take you behind the curtain, as it were. You don't know a great deal about Lamb outside of Slough House. I have put a biography of him together, and given that thought. But I'm going to keep it to myself as it's outside of the work that Mick has done.

SERIES TWO UNEARTHS SOME DARK SECRETS FROM THE PAST, DOESN'T IT?

It's like going back into the hard drive. It's like, bringing it up and going ‘Ah, yeah' and then gradually putting the pieces together.

THERE ARE SOME NOTABLE FASHION CHOICES TOO…

Well, my mac in this one – my summer wear, my summer outfit, is a slight tip of the hat to Colombo. It's a little homage to Peter Falk's character and he is very Colombo-ish in this one. He's very much a detective, isn't he? 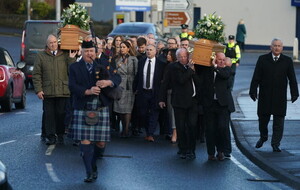