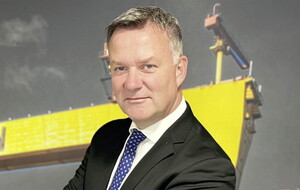 THE Northern Ireland housing market is slowing down in the face of the cost-of-living crisis, a new industry survey suggests.

The latest residential market survey from the Royal Institution of Chartered Surveyors (RICS) and Ulster Bank, published today, revealed demand is at the lowest level since mid-2020 amid a fall in new buyer enquiries and a decline in newly agreed sales.

The survey is a monthly snapshot of attitudes among professionals working within the Northern Ireland housing market.

House prices in the north have increased sharply since the outbreak of Covid-19, rising by around £35,000 to an average of around £176,000 in two-and-a-half years.

Despite reports that the market is in slowdown mode, prices still reportedly rose during November, albeit at the slowest rate since June 2020, according to RICS.

While most property professionals in the north anticipate prices will continue to fall over the next three months, the survey showed sentiment here was out of sync with the UK-wide survey, where a much greater proportion predict prices will fall.

The key factor appears to be the availability of housing stock in Northern Ireland.

The November survey from RICS pointed to fewer new properties coming onto the market last month compared to October.

The latest official government data showed just 1,562 new build houses were started during the third quarter of 2022, the lowest number in a third quarter since 2013.

The number of new dwellings finished in the third quarter was also the lowest for seven years.

Commenting on its latest survey, RICS spokesperson in the north, Samuel Dickey, said it reflected both the recent turbulence in the mortgage market and the time of year.

“Whilst the market is clearly in a different place than it was earlier in the year when demand was much higher, we would expect the lack of supply to continue to be a factor in the market for the foreseeable as we continue into the new year.

“Although factors including higher interest rates are clearly weighing on surveyors’ outlook, we continue to see relative steady levels of activity in the market and I don’t expect that to change dramatically as we move into 2023,” he added.

Simon Rubinsohn, the chief economist at RICS, said: “The overall tone of the latest RICS residential survey is understandably more downbeat than previously, reflecting the uncertain macro environment and the higher cost of mortgage finance.

“However, anecdotal comments from respondents capture the very real significant divergences in market behaviour at a more localised level.

“Although the headline price balance recorded two consecutive modest monthly falls in prices, and the forward-looking series indicate that this trend will extend through the coming months, the likely 'job-rich' recession suggests the downturn in the housing market this time could be shallower compared with past experiences.

“Meanwhile, the imbalance in the rental market remains significant as landlord instructions continue to fall and is consistent with further increases in rents, even if the momentum does appear to be slowing just a little.”