Angela McGowan: Why we must all reinforce our diversity and inclusion goals 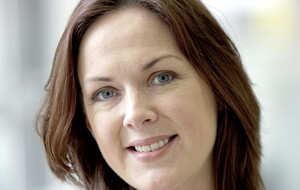 TWO weeks ago,communications regulator Ofcom published a report highlighting the lack of women employed by the BBC in Northern Ireland.

It found that just 43 per cent of staff employed by the media organisation were female. This was below 49 per cent figure for the number of women who work in Northern Ireland.

In response to the Ofcom survey, the BBC promised to improve representation for all groups of Northern Ireland society by 2026. But the question is; if a flagship media organisation such as the BBC cannot get it right on equality, then which organisation can?

The BBC figures were particularly disappointing given the amount of work that has been done across the region to improve equality in recent years.

The Department for the Economy’s Skills Strategy highlights the lack of gender diversity in qualifications that are aligned to new and emerging technologies. It notes “there is not a single area where we can point to the need for change. A focus on gender diversity at all levels of education and through employer engagement, will be necessary”.

As with many other regions, a significant number of people of working age dropped out of the labour market in Northern Ireland at the height of the Covid-19 pandemic, and women are more likely than men to be not in full or part-time work than men. Interestingly though, you are more likely to find women than men engaged in lifelong learning.

Women are three times more likely to only work part-time compared to men and 41 per cent of women with children work part-time. The difficulty in obtaining or affording childcare is a major factor when it comes to workforce participation for women.

The NI Skills Councils set up a skills equality, diversity and inclusion sub committee, which last month produced an updated paper on gender inclusion. This is a fascinating and well-researched paper which pinpoints key areas which could positively help women achieve more in education, training and in the workplace.

Top of that list was a need for a more ambitious and better funded childcare strategy that would remove inflexible or too costly childcare that hinders women who want to return to the workplace or study for qualifications.

It also raised the issue of new employment rights for women – so they can be better catered for in the workplace; and it noted that the current shared parental leave system does not appear to work.

With a lack of new start-up businesses in Northern Ireland, the paper also noted the need for women entrepreneurs to be better supported when trying to get a new business up and running. There are just 4.9 per cent of self-employed women compared to 14.3 per cent of males who are their own bosses. A cultural shift is needed to cast aside gender stereotypes that limit women from taking the kinds of careers which are more frequently taken by men - starting from primary school level through to higher education and training.

While more women are needed for traditional male dominated roles, equally, more effort should be made to encourage more men into caring roles that tend to be more popular with women, the paper added.

The Skills Council’s sub-committee also found that just under a third of apprenticeships (30 per cent) in Northern Ireland comprise of women; males continue to dominate the apprenticeship landscape - particularly in construction and mechanical engineering.

But with labour shortages experienced by industry far and wide across the local economy, efforts by employers to address the gender gap issue must be stepped up and treated with the seriousness that this issue deserves.

Employers attending the CBI’s latest Employment and Skills Working Group earlier this month are committed to creating a more inclusive workforce – and not just for women, but for other groups that struggle for appropriate representation – older workers, LGBTQ, disabled workers and ethnic minorities.

Smart employers understand that if they are to successfully grow their firms and boost economic growth; they need to have as wide a talent pool as possible, with all groups in society having the opportunity to use their skills to contribute. Local firms have no time to wait for legislative changes to improve the poor statistics that are outlined above.

Currently there is still an on-going competitive battle for talent – so there is enormous opportunity for the firms that make progressive moves to ensure diversity and inclusion. Developing an inclusive culture, widening accessibility to employment through greater flexibility and provision of training programmes will all make a huge difference.

Setting diversity and inclusion goals and leading by example at the Executive and management level are also important industry moves in the right direction.

Internationally renowned Norbrook and Wrightbus are recruiting this week

Why we must all reinforce our diversity and inclusion goals