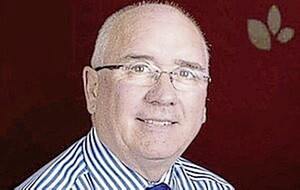 While this saying may sound positive at first hearing, it's actually far from it. Variously attributed to an ancient Chinese curse but also to various other people right up to Hillary Clinton, it is a (rather unpleasant) wish that you may endure times of mayhem and catastrophe to challenge you in your lifetime.

Pension savers are certainly living in ‘interesting times'. They have seldom faced the challenges they currently face in the battle to build up a decent retirement income that will keep them in relative comfort, when they retire. Today we give a modest round-up of the latest thinking on this very subject.

Pension savers suffering financially due to soaring inflation and the cost of living drew down a total of £3.6 billion from their pensions between April and June this year. A total of 508,000 people withdrew an average of £7,000 each as they struggled to make ends meet, according to HMRC.

This is an increase of 23 per cent over the same period last year, prompting industry experts to call for measures to help people avoid ‘financial self-harming' during Pensions Awareness Week earlier this month.

The industry publication Professional Adviser commented that it is critical ‘to have conversations early to discuss the options and agree a plan.'

In September, the Confidence Barometer Survey of savers and advisers, conducted by the Embark Group, found that over half of people believe they may still be forced to adjust their pension contributions, or sell investments in order to survive the economic crisis.

Equally worrying was the news from the Association of British Insurers (ABI), as part of their Pension Attention campaign, that savers tend to check their pensions for just half an hour a year, but that 48 per cent of us did not check our pensions at all in the last 12 months. The campaign surveyed 2,000 UK adults in August.

Just to demonstrate how this compares with the time we spend on matters that are less important, the ABI added we spend on average 06:42 minutes per week loading the dishwasher, 07:06 minutes supervising homework, 08:24 minutes changing bedsheets, and even 08:06 minutes cleaning the loo. In just one week, the 30 minutes we spend on those chores would be ample to locate our pensions paperwork, register for online access to our pension accounts, and check that our personal details are up to date.

We also need to keep track of the various pensions we accumulate throughout our working lives, given that younger workers these days can expect to have up to 11 jobs, which could mean up to 11 smaller pensions, by the time they come to retire.

So just for this week, why not forget the dishwasher, leave on the bedsheets, and let the bathroom clean itself.

Use the time to give us a ring to help you put your pensions in order!