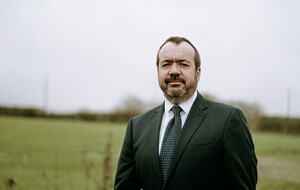 BELFAST renewables firm Everun has announced plans to invest £7.5 million in supporting new wind and solar projects over the next three years, a move expected to create 25 new jobs.

Set up 2010, the company now manages around £150m worth of renewable assets for clients across the Island of Ireland.

Everun is now preparing significant new investment to support the delivery of an additional £50m of renewable energy assets in Northern Ireland.

In a period of fast growth for the energy tech firm, Everun invested £2m in the past 12 months, taking its workforce to 45 people.

In 2021 the company launched a new division offering electric vehicle (EV) charging solutions to EV owners and businesses across the north.

Its fresh investment plans are expected to create a further 25 engineering and professional services jobs.

Managing director Michael Thompson said: “As a renewable energy management company that manages wind and solar renewable energy sources, EV charging, smart motor systems, and renewable switchover we recognise that we have a responsibility in the private sector to invest heavily in supporting the Northern Ireland Energy Strategy and Climate Change Bill.”

He said while the north is now sourcing around 45 per cent of energy from renewable sources, it has a long way to go to reach the new target of 80 per cent by 2030.

“The rest of the UK and Republic of Ireland has been expanding renewable generation with a range of support mechanisms – but Northern Ireland has lagged behind without a clear strategy from our Executive,” said Mr Thompson.

“That has consequences. Northern Ireland is being held back from an overall economic point of view due to the lack of investment in energy infrastructure and renewables.

“We have to sort out issues such as planning and the electricity grid in order to achieve our targets which should include control of our own energy security,” added the Everun boss.

“We should be ambitious enough to consider exporting power beyond NI, and then we can make our economy anything we want it to be.”

Adoption advocate and Scouts growth and engagement officer: Leading careers brought to you by GetGot